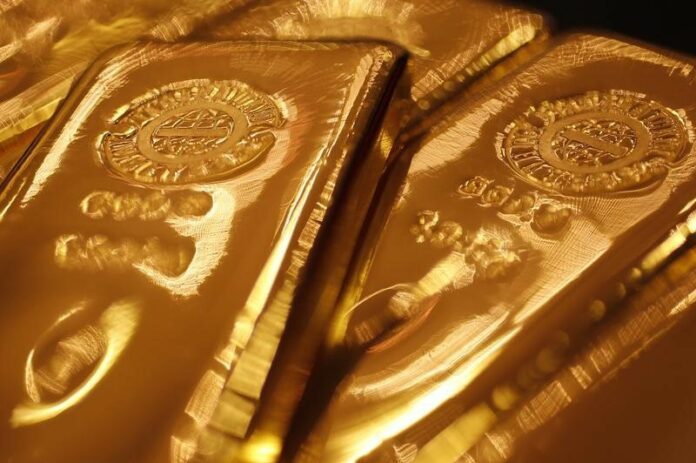 Investing.com – Gold prices were down on Thursday as the dollar strengthened amid trade worries.

The Fed left interest rates on Wednesday, as expected. However the central bank upgraded its view on the economy, as strong U.S. economic data supports gradual rate hikes to continue.

The , which measures the greenback’s strength against a basket of six major currencies, rallied 0.40% to 94.84.

Trade uncertainty continued to weigh on investors minds after reports that the White House plans to propose 25% instead of 10% on $200 billion of imported Chinese goods. The two largest economies in the world have been in a tit-for-tat trade war over the last few months, which has weighed heavily on markets.

On Wednesday U.S. Trade Representative Robert Lighthizer said the proposed increase was due to China refusing to meet U.S. demands.

China responded that “blackmail would not work and that it would retaliate if the U.S. continues to impose fresh trade tariffs.