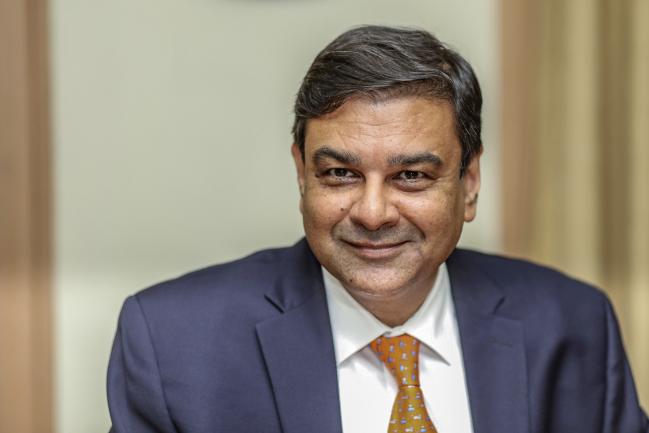 (Bloomberg) — India’s central bank governor raised the prospect of global currency wars as he led policy makers in raising interest rates to the highest in two years to shore up the rupee and tackle inflation pressures in the world’s fastest-growing major economy.

After delivering the first back-to-back rate increase since the monetary policy committee came into being in September 2016, Reserve Bank of India Governor Urjit Patel said he’s seeking to maintain economic stability amid growing risks from global trade and currency tensions.

“We have had a few months of turbulence behind us,” Patel told reporters in Mumbai on Wednesday. “This is likely to continue and for how long, I don’t know. The trade skirmishes evolved into tariff wars and now we are possibly at the beginning of currency wars.”

The RBI’s rate move follows emerging-market counterparts in Indonesia, the Philippines and elsewhere who are trying to counter currency routs and inflation risks triggered by a strong dollar and higher U.S. rates. The Federal Reserve left borrowing costs unchanged on Wednesday but stuck with a plan to gradually tighten policy in coming months.

The rupee is Asia’s worst performing major currency this year, down almost 7 percent against the dollar this year, and is vulnerable to a slump in the yuan amid China’s ongoing trade tensions with the U.S. The rupee gained 0.2 percent to 68.4312 against the dollar on Wednesday after five of the six members of the rate-setting panel voted to raise the repurchase rate by 25 basis points to 6.5 percent.

Currency and inflation woes aside, the economy is growing faster than any other major nation, strengthening Prime Minister Narendra Modi’s position as he prepares for elections next year. But risks to the outlook are formidable: as the world’s fastest-growing oil consumer, higher crude prices will push up the current-account deficit, while global trade tensions threaten exports and investment.

Inflation has been running well above the central bank’s medium-term target of 4 percent, with the outlook set to worsen because of oil prices and currency weakness.

“Given this, we have to ensure we run a tight ship on the risks we control to maximize the chances of macro-economic stability,” Patel said.

“Every country is adjusting currency to navigate trade turbulence. India will also have to,” said Rupa Rege Nitsure, chief economist at L&T Finance Holdings Ltd. in Mumbai. “This raising of rates would help encourage capital flows and in that way protects from currency volatility. That’s what the RBI seems to have aimed at.”

While acknowledging that geopolitical tensions and elevated oil prices continue to be sources of risk to global growth, the RBI was confident that the domestic economic recovery was well entrenched.

“Various indicators suggest that economic activity has continued to be strong,” the central bank said in its policy statement. “The progress of the monsoon so far and a sharper than the usual increase” in support prices for some crops are expected to boost rural demand by raising farmers’ income, the RBI added.

High frequency indicators from purchasing managers’ surveys to auto sales data show the economy is likely to grow above 7 percent, although the recovery could be uneven. The RBI expects growth to pick up in the next financial year, starting April 1.

The economy’s strong performance gives policy makers another reason to hike rates. Core inflation — which strips out volatile food, fuel and light prices — has been sticky at a four-year high of more than 6 percent, indicating demand pressures in the economy. Slackness in the economy was disappearing fast, the RBI said.

Further rate hikes will depend on the outlook for inflation and oil prices, as well as domestic factors like looming elections, said Anubhuti Sahay, head of South Asia economic research at Standard Chartered (LON:) Plc in Mumbai.

“We don’t expect any further rate hikes but we will need to closely watch out for what happens,” she said. “From now on, it pretty much is a wait and watch on both sides.”