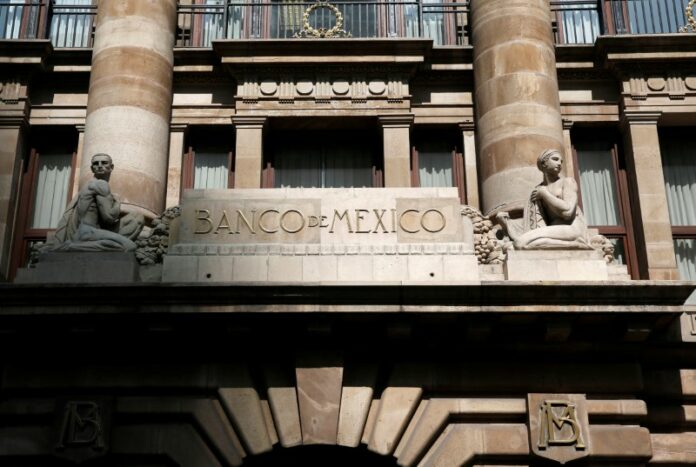 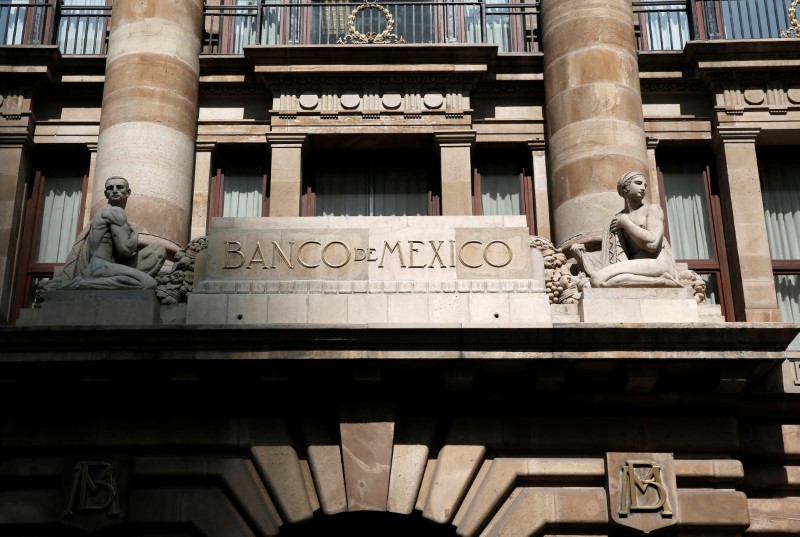 © Reuters. FILE PHOTO: A view of the facade of the Bank of Mexico office building in downtown Mexico City

MEXICO CITY (Reuters) – Mexico’s central bank is expected to leave its main interest rate stable on Thursday after a strong appreciation of the peso cooled inflation pressures and data showed a weakening economy.

In its first decision since national elections last month, the Bank of Mexico was seen holding its benchmark rate at an over nine-year high of 7.75 percent

Mexico’s peso has gained around 12 percent since mid-June, just before the landslide victory of leftist Andres Manuel Lopez Obrador as president on July 1, buoyed by market friendly comments made by him and his team.

Analysts at Nomura said in a note that the peso’s gains were an “important factor in containing the upside risks in the outlook for inflation, making a hold more likely than not in the upcoming Banxico decision.”

Data this week also showed Mexico’s economy shrank slightly in the second quarter, which supports expectations of steady borrowing costs given that any demand-led pressure on inflation was likely to be low, analysts said.

Mexico’s central bank hiked rates in June after the U.S. Federal Reserve raised borrowing costs and following a slump in the peso that fanned concerns inflation could take longer than expected to cool back toward policymakers’ 3 percent target.

Still, analysts at Banorte said they expected the central bank would leave the door open to further interest rates hikes in case the peso is battered again.

The peso was hit earlier this year by a broad dollar rally and worries about the success of talks to renegotiate the NAFTA trade deal between Mexico, the United States and Canada.

The United States and Mexico resumed talks last week, which has helped the peso, but uncertainty about the negotiations could fuel further volatility in the currency.

Four analysts thought the central bank would raise rates again by 25 basis points to 8 percent after the annual inflation rate picked up in early July to 4.85 percent.