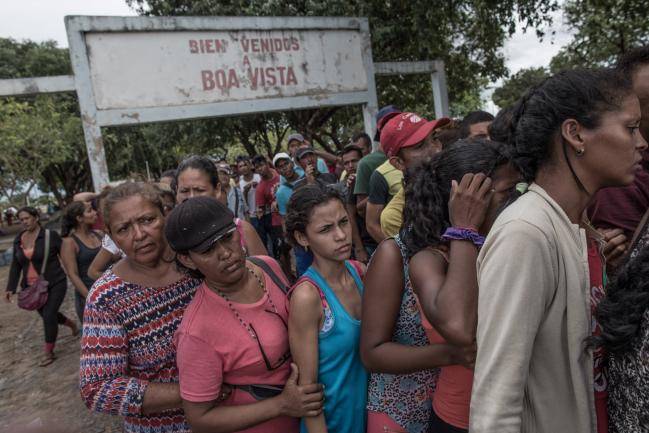 Brazil Reopens Border With Venezuela After Ruling by Judge

(Bloomberg) — Brazil reopened its border with Venezuela on Tuesday after a federal judge annulled a previous decision that sought to curb the influx of migrants fleeing the economic collapse of the neighboring country.

At the request or Brazil’s attorney general, Judge Kassio Marques on Tuesday ruled that the shutdown of the Brazilian border to Venezuelans constituted a “violation of the exercise of rights assured by modern law,” according to a statement from the attorney general’s office.

Brazil’s federal police said it reopened the border in the northern state of Roraima on Tuesday morning, following the judge’s orders.

An estimated 16,000 Venezuelans poured into Roraima in the first six months of this year, according to the news portal G1, overwhelming public services in the sparsely populated state. With just 10 homeless shelters catering for around 4,000 people in the state, many of them are now sleeping in the streets. The government has so far relocated just 820 refugees to other parts of Brazil. Reports of criminality and prostitution in Boa Vista, the state capital, are on the rise, leading to increased tension between migrants and locals.

The injunction barring the entry of Venezuelans in Roraima was issued on Sunday by Judge Helder Girao Barreto. It was supposed to remain in effect until the government stepped up efforts to relocate migrants and improved the facilities available to receive them.