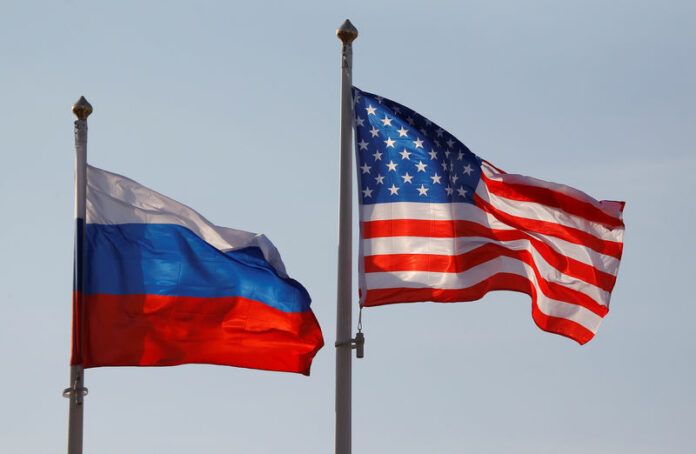 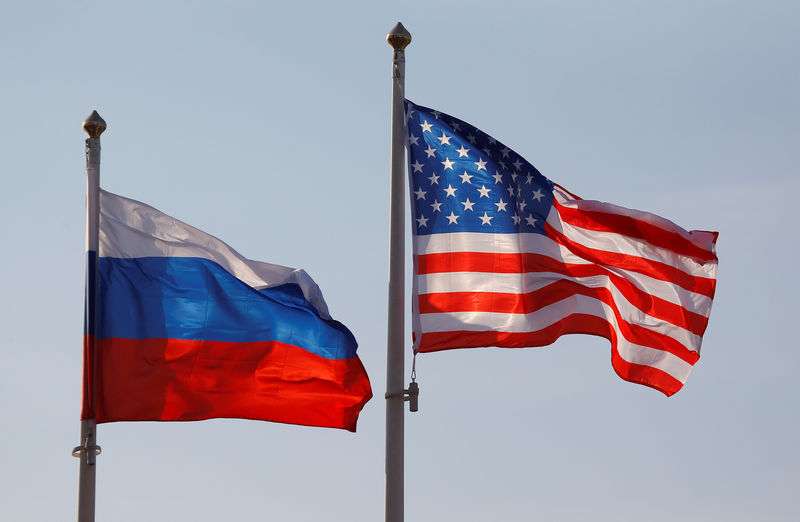 MOSCOW (Reuters) – Russia condemned a new round of U.S. sanctions as draconian on Thursday after news of the measures sent the rouble tumbling to two-year lows and sparked a wider asset sell-off over fears that Moscow was locked in a spiral of never-ending sanctions.

Moscow has been trying to improve battered U.S.-Russia ties with mixed success. Russia’s political and business leaders were quick to chalk up a summit last month between President Donald Trump and President Vladimir Putin as a victory.

But that initial triumphalism quickly turned sour. Anger over what some U.S. lawmakers saw as a too-deferential performance by Trump and his failure to confront Putin over Moscow’s alleged meddling in U.S. politics galvanized a new sanctions push against Moscow.

In the latest broadside, the U.S. State Department said on Wednesday it would impose fresh sanctions by the month’s end after determining that Moscow had used a nerve agent against a former Russian double agent, Sergei Skripal, and his daughter, Yulia, in Britain, something Moscow denies.

The new sanctions come in two tranches. The first, which targets U.S. exports of sensitive national-security related goods, comes with deep exemptions and many of the items it covers have already been banned by previous restrictions.

However, the second tranche, activated after 90 days if Moscow fails to provide “reliable assurances” it will no longer use chemical weapons and allow on-site inspections by the United Nations or other international observer groups, is more serious.

NBC, citing U.S. officials, said the second round of sanctions could include downgrading diplomatic relations, suspending the state airline Aeroflot’s ability to fly to the United States and cutting off nearly all exports and imports.

The announcement fueled already worsening investor sentiment about the possible impact of more U.S. sanctions on Russian assets and the rouble at one point slid by over 1 percent on Thursday against the dollar, hitting a two-year low.

The move also triggered a sell-off in Russian government bonds and the dollar-denominated RTS index fell to its lowest since April 11.

Russia’s embassy in the United States called the new U.S. sanctions draconian and said the reason for the new restrictions — allegations it had poisoned the Skripals in Britain — was far-fetched.

It has long cast the accusations as a Western plot to damage its reputation and provide a convenient pretext for more sanctions.

Russia’s embassy in the United States said Washington’s findings against it in the Skripal case were not backed by evidence.

“On August 8, 2018 our Deputy Chief of Mission was informed in the State Department of new ‘draconian’ sanctions against Russia for far-fetched accusations of using the ‘Novichok’ nerve agent against a UK citizen,” the embassy said in a statement.

“We have grown accustomed to not hearing any facts or evidence.”

Skripal, a former colonel in Russia’s GRU military intelligence service, and his 33-year-old daughter were found slumped unconscious on a bench in the southern English city of Salisbury in March after a liquid form of the Novichok type of nerve agent was applied to his home’s front door.

European countries and the United States expelled 100 Russian diplomats after the attack, in the strongest action by President Donald Trump against Russia since he came to office.

Proposed U.S. legislation prepared by several senators calls on Trump to widen the sanctions to include virtually all Russian energy projects and effectively bar Western companies from any involvement in the country.

Dmitri Trenin, director of the Carnegie Moscow Center and a former colonel in the Russian army, said the State Department’s move looked like the latest salvo in what he called a hybrid war.

“Sanctions are the U.S. weapon of choice,” Trenin wrote on Twitter.

“They are not an instrument, but the policy itself. Russia will have to brace for more to come over next several years, prepare for the worst and push back where it can.”