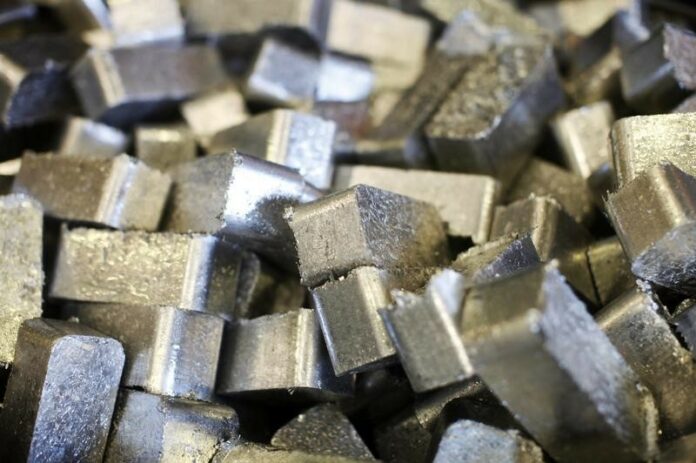 The dollar struggled to add to gains, stemming losses in the yellow metal, which fell to a fresh 17-month low intraday.

The , which measures the greenback against a trade-weighted basket of six major currencies, fell by 0.06% to 96.54.

But traders remained wary of initiating large upside bets on gold, as the dollar is likely to resume its advance sooner rather than later, supported rising rates.

The U.S. dollar offers the highest yield in carry trades, which is “historically atypical and a reflection of a robust U.S. economic cycle and a steadily hiking Fed,” said analysts from Bank of America Merrill Lynch (NYSE:) in a note. “These are the attributes that have supported the dollar higher since the first quarter. “

Gold is sensitive to moves higher in the U.S. dollar. A stronger dollar makes gold more expensive for holders of foreign currency, reducing investor demand for the precious metal.

Elsewhere, the wider metals market rebounded on optimism over U.S.-China trade talks and easing concerns over Turkey’s economic frailties, as the lira continued its recovery from a recent rout.

White House economic advisor Larry Kudlow confirmed Thursday that the U.S. and China will resume trade talks later this month, ending a two-month stalemate during which both countries have imposed billions of dollars’ worth of tariffs on each other’s goods.

The escalating trade war between the U.S. and China has dented the latter’s economy, raising concerns that further weakness could dent the Far-East nation’s demand for commodities, which could hurt emerging market economies reliant on commodity exports.