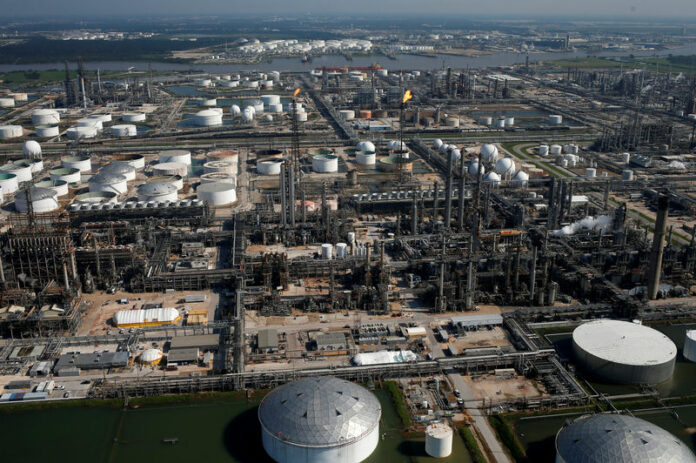 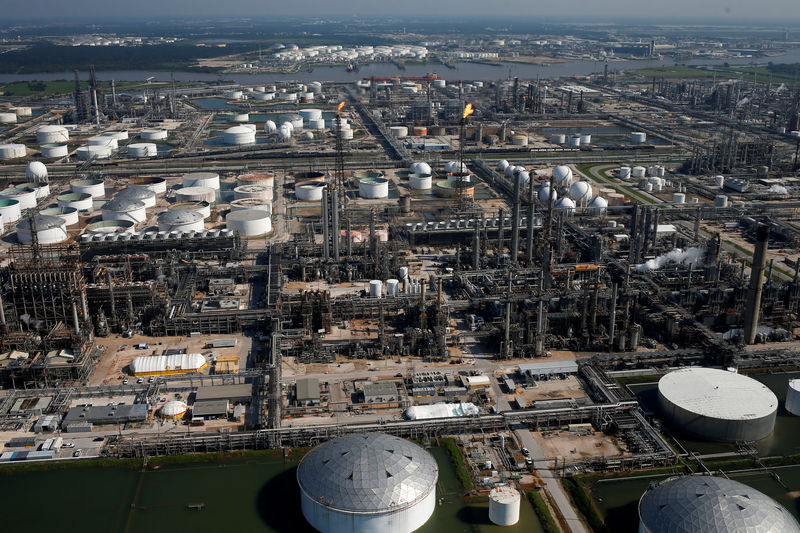 WASHINGTON (Reuters) – Texas environment regulators should coordinate shutdowns of oil refineries and other petrochemical plants during major storms to avoid big releases of air pollution like during last year’s Hurricane Harvey, a report said on Thursday.

A year ago Harvey dumped more than 60 inches (1.5 meters) of rain on southeastern Texas, halting refineries that produce a quarter of U.S. fuel and damaging infrastructure.

(The report, called “Preparing for the Next Storm” can be seen at: https://

Most of that pollution was released in the Houston area, where refineries did not shut until the rains arrived, three days after Texas Governor Greg Abbott issued a warning for coastal counties. Much of that pollution resulted from equipment malfunctions and electrical outages, emissions that could have been avoided if the state coordinated early shutdowns, the report said. In Corpus Christi, refineries that shut before rains came released less pollution on average, the report said.

Houston suffered three high ozone days, which can be dangerous for people with lung and heart conditions, following Harvey, including the worst day for smog in Texas in 2017.

“The state should take a more hands-on approach for future storms because with climate change we are going to have more storms like this,” said Tom Pelton, a spokesman at the EIP, headed by former Environmental Protection Agency director of civil enforcement, Eric Schaeffer.

The report recommended that the Texas Commission on Environmental Quality “plan, coordinate and stagger the often- complicated shutdowns of major industrial facilities during hurricanes and other disasters, as well as the subsequent restarting of plants,” to reduce pollution.

It also recommended that the state not suspend pollution reporting requirements during future natural disasters as it did for months after Harvey.

TCEQ spokesman Brian McGovern said every storm is unique and every plant is unique, so developing a one-size-fits-all approach “would be a virtually impossible task.”

The American Fuel and Petrochemical Manufacturers, an industry group, had no immediate comment on the report’s recommendations and wanted to review the entire report before responding, spokesman Michael Frohlich said.