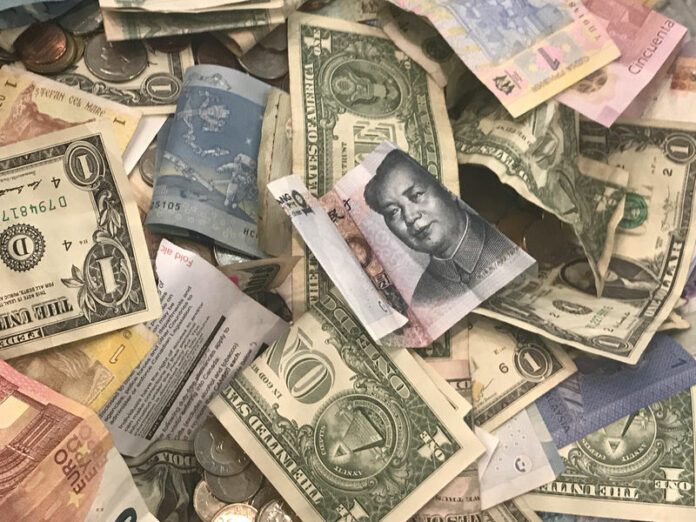 Tide about to turn for markets as easy-money decade ends 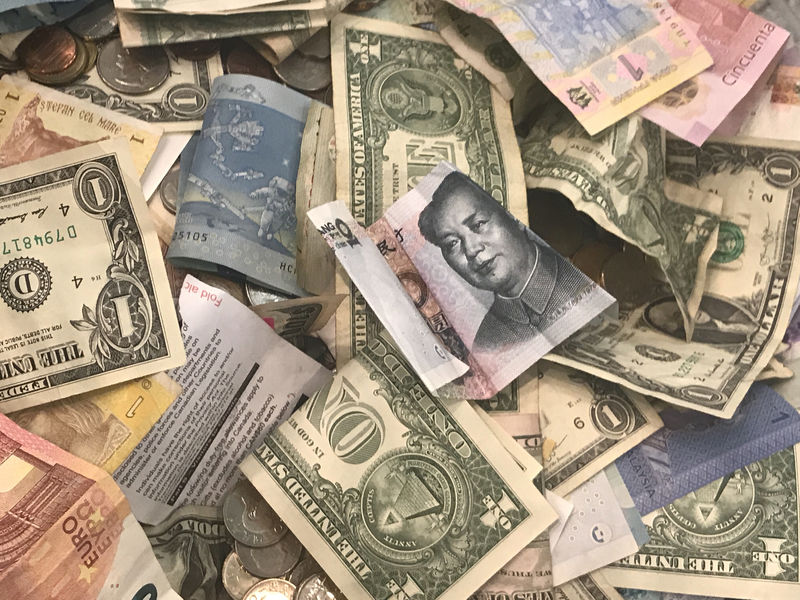 © Reuters. FILE PHOTO: U.S. dollars and other world currencies lie in a charity receptacle at Pearson international airport in Toronto

By Sujata Rao and Dhara Ranasinghe

LONDON (Reuters) – Swept along by super-easy money, investors have debated for years how world markets will react when this central bank largesse inevitably ends. Now the liquidity tide is about to turn, and they have only a few months to adjust.

The world’s four biggest central banks – the U.S. Federal Reserve, European Central Bank, Bank of Japan and the Bank of England – have pumped around $13 trillion into the global economy since the crisis year of 2009, sharply expanding their own balance sheets of financial assets:

While markets reached dizzying heights during the easy money era, that flood will dry up by the year-end. For the first time since 2011, the central banks are expected to suck out more cash in 2019 than they pump in.

The ECB will stop additional bond buying at the end of this year, and while the Fed has been shrinking its balance sheet for almost a year, it will step up the pace from October, removing $50 billion a month from markets. Bonds worth $470 billion will roll off its balance sheet next year

After a near decade of money-printing and zero interest rates, the shift for markets will be momentous.

Central banks will go from generating half a trillion dollars this year on an annualized basis, “to zero by the end of 2018, then negative next year…a definite tipping point”, he said. “That makes 2019 a dangerous year for financial assets.”

Weaning markets off the easy money may be tricky. The central bank liquidity torrent has penetrated every nook and cranny of markets, from fine wine and art, to real estate, junk-rated bonds and emerging markets. It drove bond prices so high in many countries that yields turned negative and has sustained an equity bull run into its 10th year.

Cracks are already appearing in markets, already stressed by a Turkish currency crisis and trade tensions between the United States and China. Emerging equities have plunged 20 percent since January and world stocks are set for the biggest monthly fall since March () ().

Robust company earnings have supported Wall Street so far but the SKEW index – which gauges the cost of put options on the S&P500 index relative to calls () – signals rising unease.

SKEW is near the highest since March, showing the strength of demand for “puts” – options that offer the chance to sell an asset in future at pre-agreed prices.

On equities, Pictet calculates that a $1 trillion liquidity injection by the big five central banks – including the People’s Bank of China – corresponds to a 20-point rise in the MSCI global index, and a similar-sized fall if the same amount is withdrawn. Assuming a net $100 billion liquidity loss in 2019, the index should pull back slightly.

Sunil Krishnan, head of multi-asset funds at Aviva (LON:) Investors, isn’t yet calling the end of the equity rally but has lightened equity and emerging market allocations.

“We need to go though a period of adjusting in sentiment and valuation terms to a more mixed reality when you don’t get both economic recovery and cheap money,” he said. “Investors will have to adjust for that over the next couple of months.”

Emerging markets rely more on liquidity, especially those like Turkey and South Africa which depend on foreign capital. Among developed countries, Italy has benefited hugely from ECB stimulus, meaning its beaten-up bond markets should feel more pain.

“Any proactive reduction in the total global liquidity pool runs the risk of having a deleterious impact on a very broad set of global economies,” Rick Rieder, BlackRock chief investment officer for global fixed income, said. “The events in Italy of recent months highlight that dynamic.”

According to consultancy CrossBorder Capital, 90 percent of central banks now run tight policies, led by the Fed which has raised interest rates seven times. Rates rose this month in Britain too, while emerging markets are likewise generally tightening.

That has slowed global liquidity growth to 2.1 percent on a three-month annualized basis from 20 percent a year ago, CrossBorder Capital calculates.

Central bank liquidity is not the only game in town. The U.S. tax reform is draining dollars from world markets by encouraging companies to bring home profits earned abroad; about $300 billion was repatriated in the first quarter of 2018.

US companies repatriated about $300 bln in Q1: https://reut.rs/2vL1yEX

Liquidity removal could still be slow. The Bank of Japan recently confounded expectations that it would signal a timeframe for policy tightening.

U.S. private banks, boosted by the tax cuts, are generating $600 billion a year in liquidity, Pictet’s Donze said, offsetting Fed tightening. Even the Fed might decide to move more slowly because of the trade wars and emerging market selloffs

Finally, China has started pumping cash into its economy to ease trade-linked strains, accelerating loan and money supply growth there could drag on global liquidity tightening

“What we are seeing in markets is slow strangulation rather than a sudden liquidity panic attack,” Donze added.