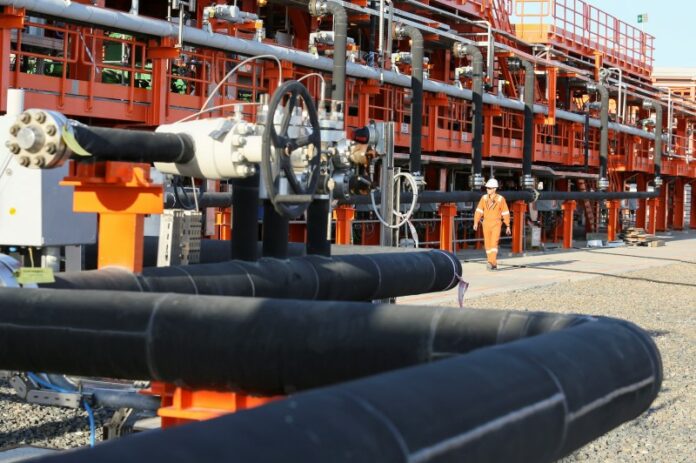 © Reuters. Crude Oil Prices fell for a third week in a row

Investing.com – WTI crude oil prices settled lower for a third-straight week despite settling higher Friday amid reports the U.S. and China are mapping out plans to resolve their trade war later this year.

On the New York Mercantile Exchange for September delivery rose 45 cents settle at $65.91 a barrel, while on London’s Intercontinental Exchange, rose 0.63% to trade at $71.88 barrel.

Chinese and U.S. negotiators are drawing up plans for talks between President Trump and Chinese counterpart Xi Jinping in November to end their trade war, according to the Wall Street Journal.

Oil prices were also lifted by signs of a slowdown in domestic output despite data this week showing domestic producers increased production for the first time in three weeks.

Oilfield services firm Baker Hughes reported on Friday that the number of U.S. oil drilling rigs in operation was unchanged at 869.

Yet the rise in oil prices proved to be much too little, too late amid heavy losses during the week on the back of rising U.S. inventories and concerns slowing growth in emerging markets and China would dent oil demand.

Inventories of U.S. crude rose by 6.805 million barrels for the week ended Aug. 10, cofounding expectations for of 2.449 million barrels, according to data from the Energy Information Administration (EIA).

The unexpected build in crude supplies emerged as imports rose by about 1.341 million barrels a day (bpd) while exports fell by 2.58 million bpd, data from EIA showed.