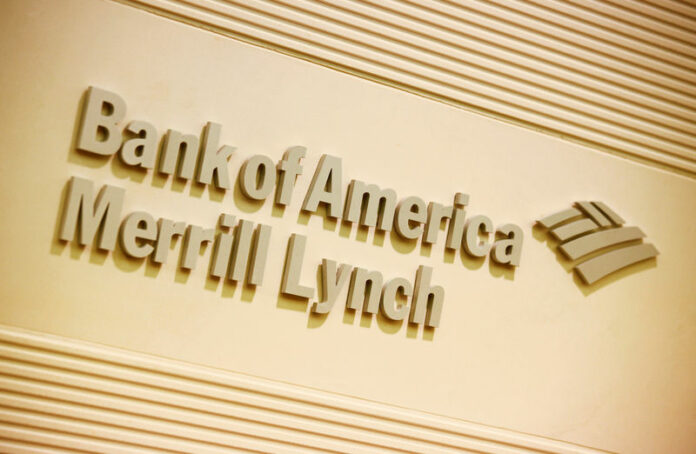 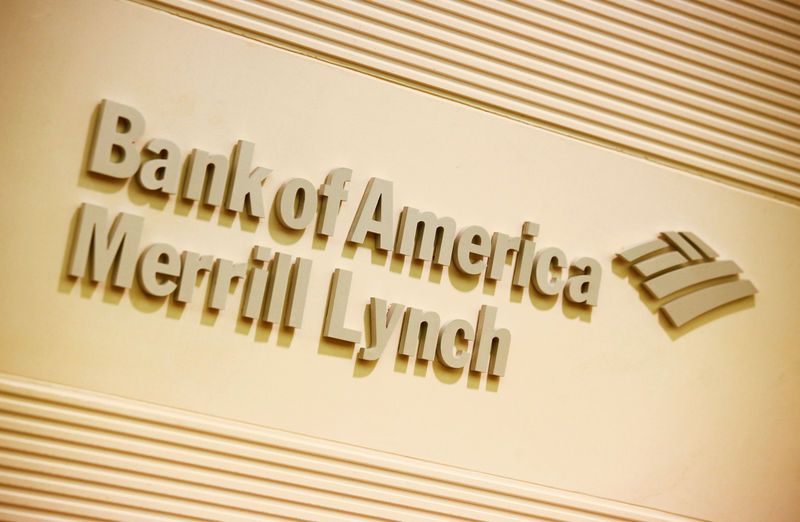 © Reuters. FILE PHOTO: Company logo of Bank of America Merrill Lynch is displayed at its office in Hong Kong

U.S. equity funds saw outflows of $2.6 billion, a turnaround from the previous week when U.S. funds were leading in terms of inflows. Funds investing in large-cap stocks were the main victims of selling, with $2.3 billion lost.

Tech funds had $500 million of outflows, their biggest since the February global market selloff, in a sign of increased caution around the sector which drove much of last year’s stock market gains and accounts for 30 percent of MSCI’s emerging markets index ().

Cumulative flows into the sector were showing signs of peaking, too, strategists said.

Defensives such as consumer staples, utilities, real estate, healthcare and telecoms, seen as safer for their high dividend payouts, have been the top-performing U.S. sectors for the past three months.

Healthcare stocks drew $800 million of inflows this week, driving the total to $5.5 billion over the past three months and making the sector one of the most “overbought” according to BAML.

Pressure on European equities was unrelenting: Europe had its 23rd straight week of outflows with $2.9 billion pulled from the region’s equity funds. Japan, meanwhile, was the sole region to see inflows, with $300 million.

Bear markets were multiplying with European banks, European autos and in that category.

BAML strategists also noted more than half the stocks in MSCI’s world index .dMIWD00000PUS> (1,254 out of 2,273) are in bear territory. By contrast overbought assets were U.S. equities and U.S. high-yield bonds, as well as healthcare stocks.

Most oversold were European credit, global financials and materials stocks, as well as Italy, China and Turkey.

The Turkish lira was by far the worst-performing currency, while Turkish equities were 42 percent below their 200-day moving average.