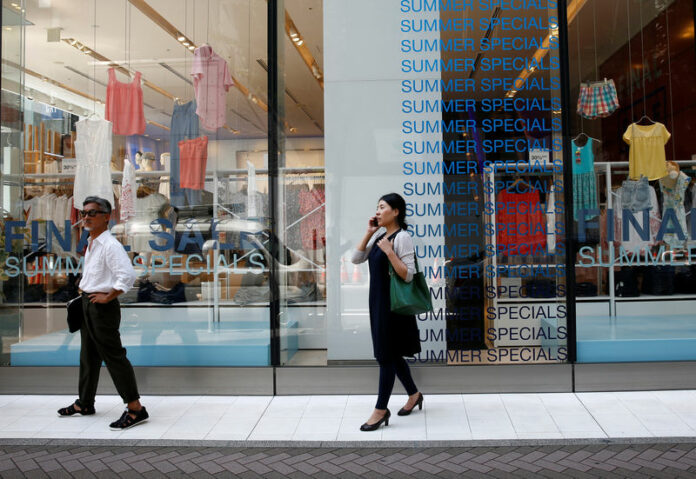 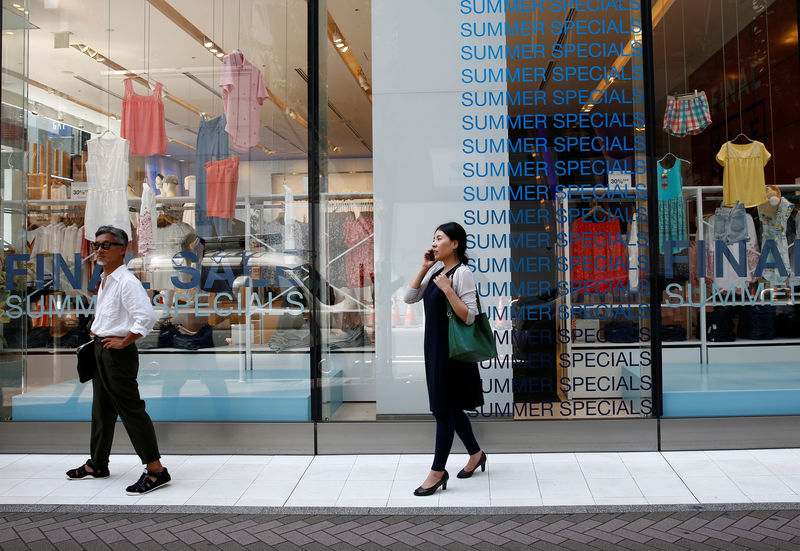 © Reuters. FILE PHOTO – Pedestrians stand in front of sale signs on a shopfront at a shopping district in Tokyo

Subdued wage and price growth have forced the Bank of Japan to extend its massive stimulus program despite the rising risks of the policy, such as the hit to bank profits from near-zero rates.

The BOJ last month conceded that inflation will miss its elusive 2 percent target until early 2021 and took steps to make its policy framework more sustainable.

“We expect inflation to accelerate for the second straight month as energy prices are rising again and import price falls are moderating due to the yen’s recent weakness,” said Takeshi Minami, chief economist at Norinchukin Research Institute.

Japan’s economy rebounded in the second quarter from a contraction in the first three months of this year thanks to robust household and business spending.

Real wages rose at their fastest pace in more than 21 years in June, offering policymakers some hope that consumption will gain momentum and encourage firms to hike prices.

Some companies are indeed raising prices as they see their profits squeezed by labor shortages, fueled by solid economic growth and a shrinking working-age population.

Discount barber shop QB Net Co (T:) said it will raise the price of a hair cut by 10 percent from February next year due to rising labor costs.

“It’s true consumer inflation has been pretty weak during the spring. As a trend, however, inflation will gradually pick up from here as labor shortages won’t go away.”