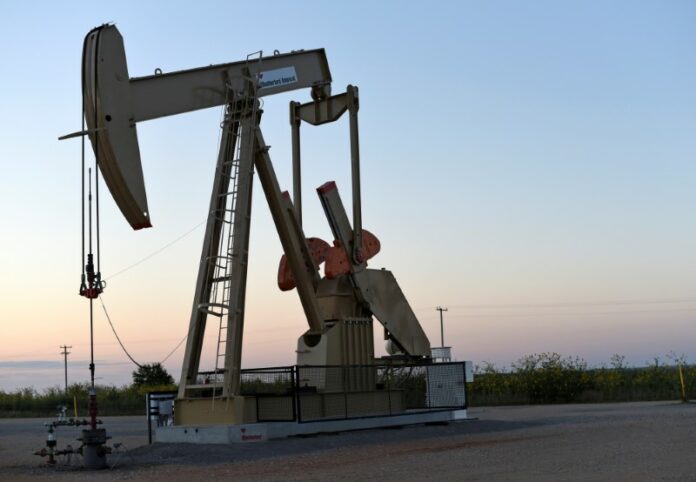 By Aaron Sheldrick and Dmitry Zhdannikov

TOKYO/MOSCOW (Reuters) – Oil prices edged up on Friday but were heading for yet another weekly decline amid increasing concern over trade disputes and slowing global economic growth that could hit demand for petroleum products.

Brent is heading for a 1.5 percent decline this week, a third consecutive weekly drop. WTI, meanwhile, is on track for a seventh week of losses with a fall of 3 percent.

Traders said the main drags on prices were the darkening economic outlook because of trade tensions between the United States and China, as well as weakening currencies in emerging economies that are weighing on growth and fuel consumption.

U.S. investment bank Jefferies said on Friday that there was an emerging “lack of demand” for crude oil and refined products, while Singaporean bank DBS said that Chinese data showed a “steady decline” in activity and that “the economy is facing added headwinds due to rising trade tensions”.

Bank MUFG, meanwhile, said that the weakening Turkish lira will constrain further growth in gasoline and diesel demand this year.

Furthermore, just as demand seems to be slowing, supply looks to be rising, increasing the drag on markets.

A weekly report on U.S. drilling activity is due to be published later on Friday by energy services firm Baker Hughes.

Despite the bearish factors, analysts said prices were prevented from falling further because of U.S. sanctions against Iran, which target the financial sector from August and will include petroleum exports from November.

“Iranian crude exports were still near 2 million barrels per day (bpd) in July and will likely begin to fall dramatically in August with financial sanctions taking effect. With oil export sanctions now three months out, we expect exports to fall by more than 500,000 bpd by the end of 3Q,” Jefferies said.

“We maintain our view that Brent prices will exceed $80/bbl before the end of the year,” the bank said.