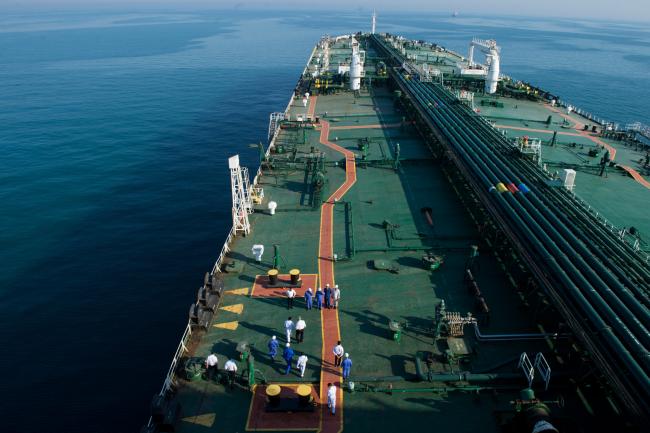 (Bloomberg) — This is supposed to be a year of bumper oil demand, but economic warning signs are flashing across the developing nations that drive growth.

Emerging markets are expected to contribute 1 million barrels a day of additional oil demand this year, about three quarters of total global growth, according to the International Energy Agency. Many of those countries are also the epicenters of recent economic tumult — China’s trade war with the U.S., currency crises in Turkey and Argentina, and the threat of contagion in Indonesia.

So if the global economic turmoil continues, what are the most important corners of the oil market to watch for signs that demand is taking real a hit?

Among the most visible gauges of market health are time-spreads — the gaps in prices between one futures contract and the next. These differentials can give clear signals about trends in oil demand, flipping from positive to negative if the market shifts from being undersupplied to oversupplied.

Any slowdown in global demand growth should be picked up here, says Bjarne Schieldrop, chief commodities analyst at SEB AB. “ prices and the crude curve structure are typically the indicator which picks up all the demand side factors and all the supply side factors into one number.”

Diesel and gasoil are even more closely tied to the world’s economy than crude, with their use concentrated in heavy industry and commercial transport. Demand for these products tends to jump when global growth is strong, and fall when it weakens.

Right now, the time-spreads for both crude and gasoil traded in London have dipped into bearish territory, but only in the short term. Monthly differentials in New York futures show no real signs of weakness.

Cross-checking price moves in the oil market with other commodities also offers a useful outlook on the state of the global economy. This week, base metals including and zinc have also been sinking on concerns about slowing demand growth, outstripping the fall in crude.

On days when crude prices are tumbling in tandem with the entire commodities complex, it could be “a sign of negative sentiment in financial markets including the oil market about the global economy,” said Jens Naervig Pedersen, senior analyst at Danske Bank A/S.

As Turkey’s economic woes made headlines this week, the price of crude in lira surged to a record high. That’s also true of several other emerging markets this year, with a weaker Indian rupee and Russian ruble to name just two.

If you want to know how much stuff is being moved around the world, shipping rates are as good a guide as any. Whether for oil tankers or bulk ships, any slump in those markers would offer a strong signal of potential trouble.

“It would send signals about shipping activity which correlates with goods trade, an important part of the global economy,” Pedersen said.