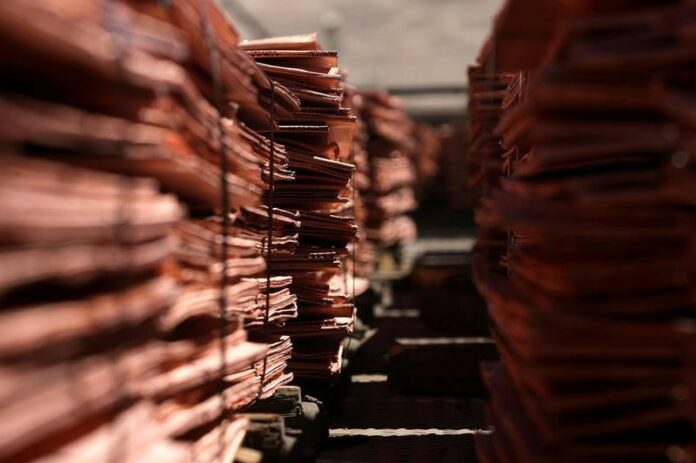 Copper Climbs Above $6,000 as LME Orders Rise Most in 3 Years

(Bloomberg) — Base metals rebounded, pushing back above $6,000 a metric ton, on easing trade tensions between the U.S. and China, and signs of stronger demand.

Copper for three-month delivery rose 1.6 percent to $6,020 per ton as of 10:54 a.m. on the London Metal Exchange. Most other metals were also higher, with aluminum adding 2.3 percent.

Copper prices extended gains on Monday after data showed orders to withdraw metal from LME warehouses increased by the most in three years. Still, the biggest driver for the market remains sentiment around China’s economy and the outcome of the U.S. trade war. China plans to send a delegation to the U.S. later this month, stoking hopes of a revival of trade negotiations that stalled in June.

Metal prices plunged last week, sending the LMEX Metals Index to a one-year low, as turmoil spread across emerging markets. Currency moves are also setting the direction for the market, with the stronger dollar and weaker leading metal prices lower.

“Copper and industrial metals have been lifted by a general improvement in the sentiment from the depressed levels seen early last week,” said Ole Hansen, head of commodity strategy at Saxo Bank A/S. “Dollar strength drove the recent sell-off and with those gains now moderating industrial metals have managed to catch a bid.”

Copper canceled warrants rose 47 percent to 36,050 tons, the biggest percentage increase since 2015, data from the LME showed. The withdrawal orders came from Singapore and Taiwan.