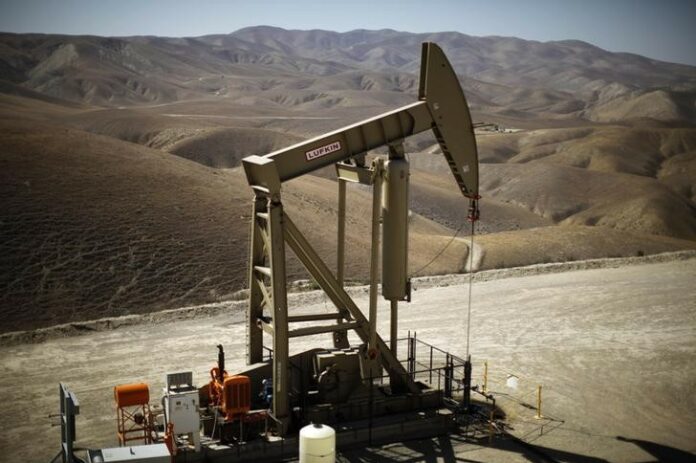 On the New York Mercantile Exchange for September delivery rose 52 cents settle at $66.43 a barrel, while on London’s Intercontinental Exchange, rose 0.47% to trade at $72.17 barrel.

Low-level talks between China and U.S. slated for this week have eased investor concerns that an escalating trade war between the two would stifle global growth, slowing demand for oil.

The talks are reportedly part of plan to set the stage for an end to the trade war in November, when President Trump and Chinese counterpart Xi Jinping are slated to meet.

Still, investors have reason for a cautious outlook on trade: The US is expected Thursday to impose 25% tariffs on an additional $16bn in Chinese imports. And Beijing has threatened to retaliate with 25% tariffs as well.

Gains in oil prices were limited, however, as crude supplies reportedly rose at a domestic delivery hub at Cushing, Oklahoma.

Information provider Genscape reportedly said U.S. crude inventories at Cushing increased in the week, according to traders. Stockpiles at the hub rose by 0.519 million barrels as of Friday, August 17.

The upbeat start to the week for oil prices comes as investors continue to bet on U.S. sanctions against Iran — slated for November and expected to hit the country’s energy infrastructure — reducing the country’s exports, exacerbating the shortage in global supplies.

After pulling the United States out of the Iran nuclear agreement in May, President Donald Trump paved the way for sanctions against Iran to snap back into place. The first set of sanctions came into effect last month.