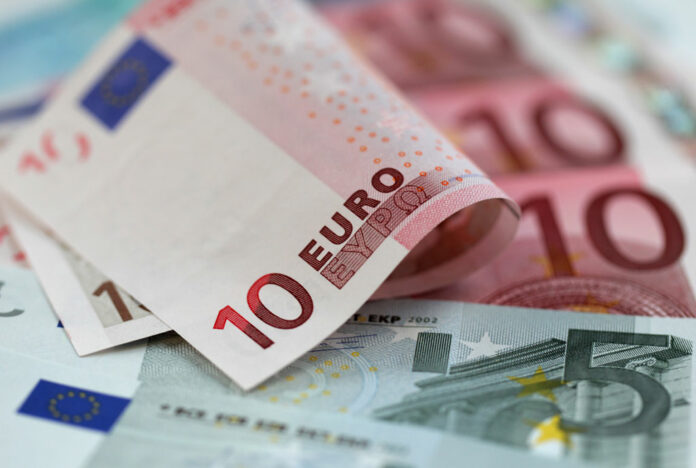 LONDON: The euro slipped on Monday as the dollar gained before trade talks between the United States and China, due this week, which investors hope will ease tensions between the world’s two biggest economies.

Concerns that the currency crisis in Turkey could hurt euro zone banks and uncertainty about the Italian government’s planned budget also weighed on the euro, analysts said.

The dollar has gained in recent weeks, hitting a 2018 high last week, as investors seek safety, while emerging markets and the euro have suffered.

“Investors will be cautious over Turkey’s medium-term economic plan, while the next month or so will also see a narrower focus on the risks around Italian budget,” he said.

Anticipated talks between Chinese and U.S. officials in Washington to discuss trade will take place in the next few days, according to media reports. Analysts say those attending will be lower-level officials, although hopes are high that the talks may yield a breakthrough in the months-long trade spat.

Dealers cited speculation that the talks could set the stage for a summit between U.S. President Donald Trump and Chinese President Xi Jinping in November.

Traders are also preparing for the release of U.S. Federal Reserve policy meeting minutes on Wednesday and the Jackson Hole symposium for insights into the likely direction of U.S. monetary policy.

“Market participants will be eager to hear more details on the interpretation of the Fed’s most recent comment that further gradual rate hikes were appropriate ‘for now’. What does ‘for now’ mean and might it imply a possible change in forward guidance?” MUFG analysts said.

“Given our view that U.S. dollar bullishness has become a little excessive, this speech (by Fed Chair Jerome Powell) on Friday could well be a catalyst for a sharp reversal the other way as long dollar positions are pared.”

Positioning data released on Friday showed that speculators had increased their net long U.S. dollar positions to the highest level since mid-January 2017, according to calculations by Reuters and Commodity Futures Trading Commission data.

Emerging markets were mixed although trading was quiet and for those currencies that were down, losses were contained.

The Turkish lira snapped a three-day rebound on Friday, sliding more than 5 percent against the dollar on fears the United States would impose further economic sanctions unless Turkey handed over detained American pastor Andrew Brunson.