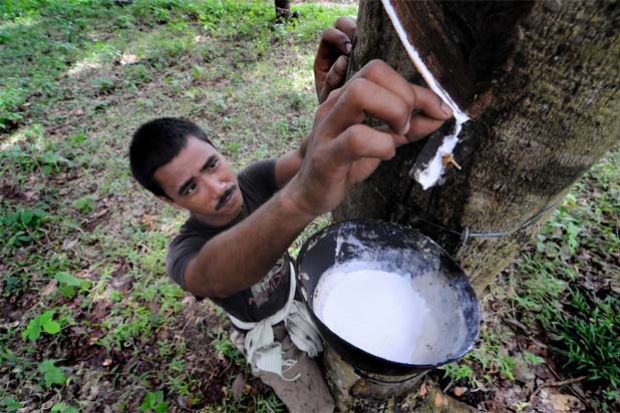 KOCHI, India/MUMBAI: The death toll from the southern Indian state of Kerala’s worst floods in a century has risen to 79, a government official said, with rising water levels likely to impact rubber and other plantations in the region.

Torrential rains in Kerala, India’s largest rubber producer and also a major tourism hub, have left over 30,000 people homeless, destroyed crops and disrupted air, rail and road traffic within the state for a week.

“Ten people died today,” said M. Sivasankar, an official at the chief minister’s office. “(So far) 79 people have died in the most recent floods … over (the course of) a week.”

Rubber output in India, the world’s sixth biggest producer and second largest consumer, is likely to fall 13.5 percent from a year ago to 600,000 tonnes in the fiscal year to March 2019, according to N. Radhakrishnan, a dealer and former president of Cochin Rubber Merchants Association.

With industry officials saying that a quick rebound in local rubber output is unlikely, tyre makers like MRF <MRF.NS>, JK Tyre <JKIN.NS>, Apollo Tyres <APLO.NS> and Ceat <CEAT.NS> will have to rely more on imports.

That could lift India’s imports to a record 500,000 tonnes due to high demand from tyre makers, Budhraja said.

Production of other key plantation crops such as tea, coffee and black pepper in Kerala have also been severely hit, with the state having received about 30 percent more rain than it typically gets since the start of the monsoon season in late May.

Tens of thousands of people, including tourists visiting Kerala for the annual Onam festival, were stranded in parts of the state as the provincial government sought more helicopters and central forces for rescue operations.

“Floating devices, lifeboats and life jackets will be air dropped to stranded groups of 50 or more people,” Chief Minister Pinarayi Vijayan’s office said in a tweet on Thursday, appealing to people to stand in open areas or on top of houses and other buildings to ensure quick airlifting.

Sivasankar, the official at the chief minister’s office, said a total of 265 people had died since the onset of the monsoon in Kerala on May 29.

Kochi, the state’s commercial capital and a key gateway for tourists to the state, said it was flooded, forcing a suspension of operations at the airport until Aug. 26.

Railway tracks and roads connecting Kochi to other parts of India were also inundated after the state received rainfall eight times heavier than normal on Wednesday.

Amazon.com’s <AMZN.O> Indian unit, which just held its big annual Indian Independence Day sales event, said that it had been forced to temporarily halt deliveries in parts of Kerala.

Heavy to very heavy rain is forecast in Kerala until Saturday, with a “red alert” for all 14 districts in the state. – Reuters