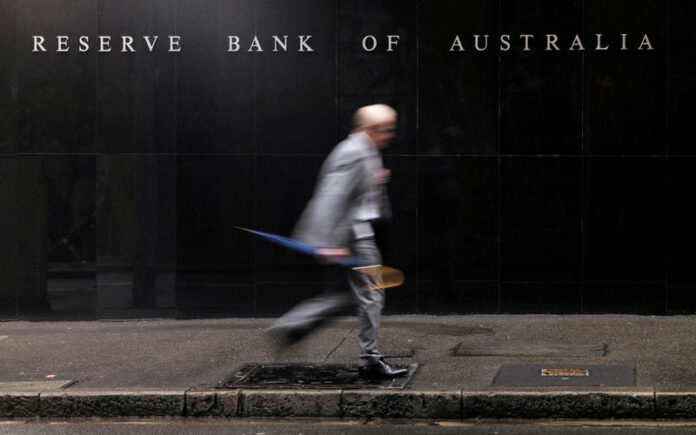 Australia’s central bank has struck an upbeat tune on the economy but stressed the need for interest rates to stay at record lows as it hopes for further declines in the jobless rate and a revival in wage growth and inflation.

The Reserve Bank of Australia’s (RBA) Board agreed the next move in the cash rate would more likely be an increase but saw “no strong case” for a near-term shift, Tuesday’s minutes of its August policy meeting showed.

Recent strength in the labor market, an increase in minimum wages and the promise of personal tax cuts have helped reduce some of the uncertainty around the outlook for household consumption, members noted.

The RBA expects wages growth to pick-up as the jobless rate falls towards 5 percent, from 5.3 percent now. However, the RBA’s own forecasts do not see that occurring before 2020.

The RBA last cut rates to 1.5 percent in August 2016, notching up the longest period without a change in modern history. Financial markets 0#YIB:> are wagering this steady spell could extend into 2020.

Governor Philip Lowe has repeatedly said any increase in cash rates is still some time away as wage growth and prices show scant sign of heating up.

The bank spent some time discussing the effects of a severe drought that has stricken vast tracts of grazing and crop land in eastern Australia, the country’s main food bowl.

The RBA noted the drought had hurt the timing of crop harvests, particularly in New South Wales and Queensland, and caused an increase in slaughter rates.

“Members noted that the probability of an El Nino event, which would typically be associated with low rainfall in eastern Australia, had increased over 2018, implying downside risks to the forecasts for farm output and exports,” it said.

Droughts are not uncommon in Australia, with one every 8-9 years, according to a research by the Commonwealth Bank of Australia.

The agriculture sector makes up just 2 percent of Australia’s A$1.8 trillion gross domestic product and economists generally expect a 0.2-0.5 percentage point hit to economic growth from a drop in farm output.

“While the impact can be significant, falls in farm output have never been large enough to derail an economy traveling at a decent pace,” CBA chief economist Michael Blythe said in the note.

“So drought may take the edge off total growth in 2018/19 but the Australian economy is still likely to turn in a good result overall.”

Encouragingly, prices of wheat and other grains have soared in recent weeks while farm exports have held up well so far this year. Meanwhile, meat production has jumped as farmers, struggling to feed livestock, increase slaughter rates.

Data on second-quarter GDP is due early September and is likely to show solid momentum after a brisk 3.1 percent annual rate in the first quarter. The RBA has predicted economic growth will average a bit above 3 percent this year and next.