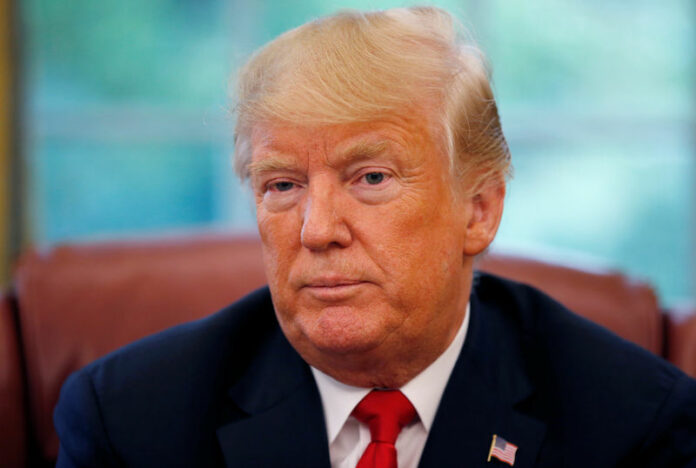 © Reuters. U.S. President Trump listens to question during an interview with Reuters in the Oval Office of the White House in Washington

By Jeff Mason and Steve Holland

WASHINGTON (Reuters) – U.S. President Donald Trump does not expect much progress from trade talks with China this week in Washington, he told Reuters on Monday.

Trump said in an interview that he had “no time frame” for ending the trade dispute with China, which threatens to impose tariffs on virtually all goods traded between the world’s two largest economies.

The talks this week come as new U.S. tariffs on $16 billion of Chinese goods take effect at 12:01 a.m. (0401 GMT) on Thursday, along with retaliatory tariffs from Beijing on an equal amount of U.S. goods.

The U.S. Trade Representative’s Office also is holding hearings this week on proposals for tariffs on a further $200 billion of Chinese goods that will start to directly hit consumer products.

Trump said Chinese negotiators would be arriving shortly, adding he did not “anticipate much” from the mid-level discussions.

He said resolving the trade dispute with China will “take time because China’s done too well for too long, and they’ve become spoiled. They dealt with people that, frankly, didn’t know what they were doing, to allow us to get into this position.”

Trump also accused China of manipulating its yuan currency to make up for having to pay tariffs imposed by Washington, while arguing the U.S. central bank should be more accommodating.

The meetings, expected to take place on Wednesday and Thursday in Washington, are the first formal U.S.-China trade talks since June, when U.S. Commerce Secretary Wilbur Ross met Chinese economic adviser Liu He in Beijing but returned with no agreements.

Since then, Washington and Beijing have been locked in escalating rounds of tit-for-tat tariffs, with tariffs on $50 billion in goods by each country expected to be in place by Thursday. Trump has threatened to impose duties on virtually all of the more than $500 billion of Chinese goods exported to the United States.

Trump’s tariffs are part of his administration’s effort to pressure China into making major changes to its economic policies to better protect intellectual property, end its industrial subsidy efforts and open its markets to foreign competition.

Beijing denies U.S. allegations that it systematically forces the unfair transfer of U.S. technology and insists that it adheres to World Trade Organization rules.