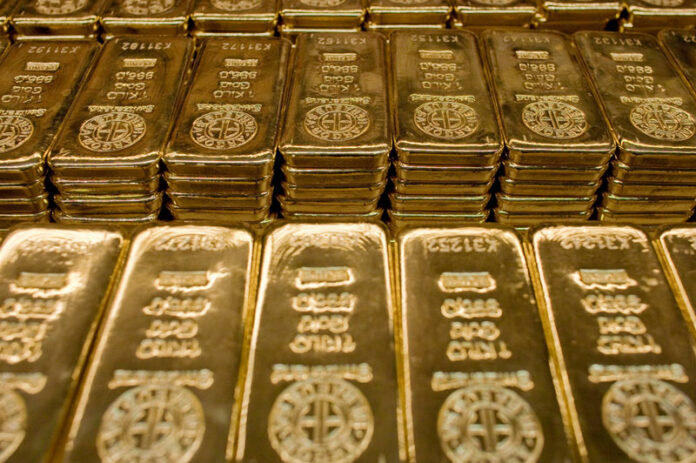 Gold prices rose on Tuesday as the dollar softens

Investing.com – Gold prices rose on Tuesday as the dollar softens after U.S. President Donald Trump said he is “not thrilled” with the Federal Reserve’s decision to raise interest rates.

Gold prices are down around 10.8% so far this year, pressured lower by the stronger dollar and rising interest rates.

“I should be given some help by the Fed,” Trump said, adding that he believed the Federal Reserve should do “what’s good for the country,”

The Fed is due to meet again in meets to consider rates. Markets widely expect it to raise them in September and also later this year. So far, the central bank has raised rates five times since Trump took office.

Mizuho Securities’ Masafumi Yamamoto said Fed officials don’t seem to be influenced by Trump’s comments. “As long as the U.S. economy is okay…then I think there is no reason to stop the rate hikes from the Fed’s point of view,” he said.

Reports that China and the U.S. will hold talks this week was also cited as headwind for the dollar as analysts expect the meeting might lead to an easing in trade disputes.

Escalating trade tensions and the recent Turkish lira crisis had pushed the dollar index to 96.984 on Aug. 15, its highest since June 2017.