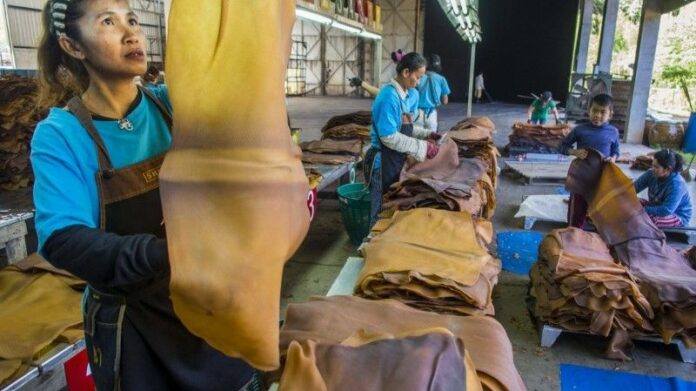 It has been a tough year so far for natural rubber longs, with RSS3 futures in Singapore falling by almost 10% since the start of the year, and 22% year-on-year. Export intervention offered little help, whilst a weaker oil market recently has only added further pressure These fundamentals are likely to keep pressure on the market in the short term, whilst the recent sell-off seen in the oil market is certainly not helping. However, the oil market could offer some support in 4Q18, when there is clarity about the impact on oil supply from Iran as a result of US sanctions.

Action taken by the International Tripartite Rubber Council (ITRC) to cut exports of natural rubber by 350kt over the months of January to March 2018 offered little support to the market. Looking at Thai exports over the first quarter, they remained higher YoY through until the end of February, however it was March when we saw a significant cut in export volumes from the country. This saw export flows over the whole of 1Q18 total 932kt, down 6% YoY and 14% lower QoQ.

However since the deal came to an end, exports from Thailand have picked up significantly. Exports over 2Q18 totalled 936kt, up 15% YoY. These stronger flows over the last quarter shouldn’t be too surprising, given the stock build we would have seen in the country whilst the export limit agreement was in place.

As a result of continued weakness in rubber prices, the Thai government has decided to step in with the aim of reducing acreage by 80,000 acres per year over the next five years. The aim is to reduce annual natural rubber production by 40-50kt. In order to achieve this, the government is willing to pay farmers US$480/rai to cut natural rubber area. This works out to around US$192/acre. This payment is limited to a maximum of 10 rais (four acres) per farmer. This programme is set to get underway this month. 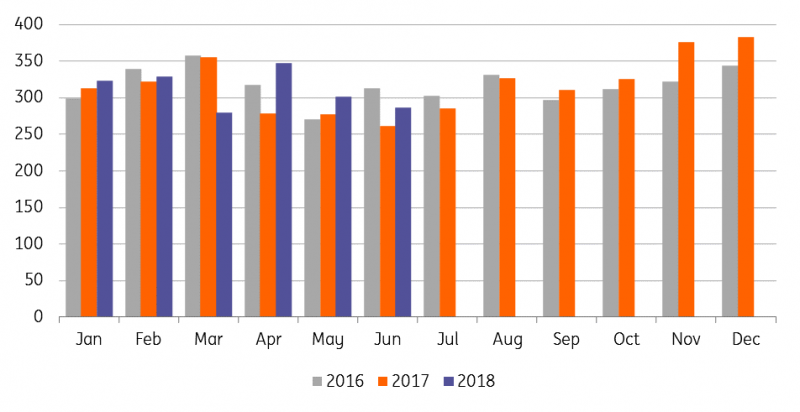 Despite the earlier limitations seen in natural rubber exports from Thailand, Indonesia and Malaysia, YTD production between the three is higher YoY. Output from Thailand in the first six months of this year totalled 2.25mt, up 110kt YoY, while in Indonesia output over the same period totalled 1.78mt, up 72kt YoY. Malaysia saw a small decline, with output totalling 372kt over the first six months of the year, down 5kt YoY. Elsewhere, Indian production was largely unchanged YoY over the period at 331kt, whilst Vietnam saw production increase by 43kt to 538kt. 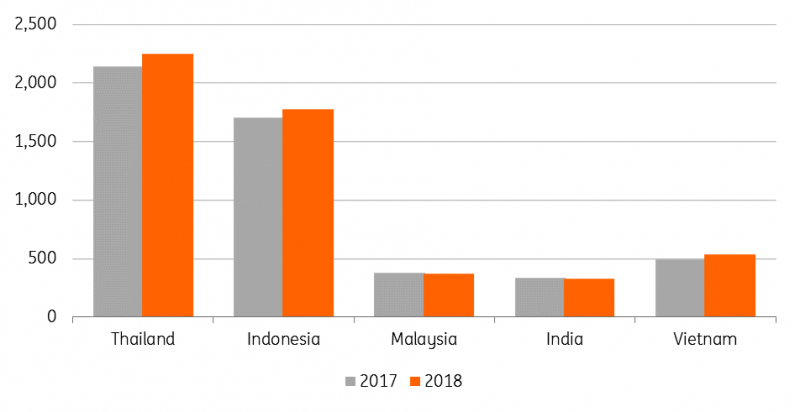 One of the drivers behind the pressure on the natural rubber market has been the consistent increase that we have seen in SHFE inventories. Stocks have climbed to a record high of 547kt, an increase of 164kt since the start of the year, and significantly higher than the 395kt seen at the same stage last year.

Stock builds in China have come despite the fact that we have seen a decline in natural rubber imports. Imports over the first six months of the year totalled 1.19mt, down 18% YoY. These weaker imports do appear to reflect a poorer demand picture, and this is evident when looking at Chinese tyre production, which has fallen consistently since early 2017. Cumulative tyre output over the first seven months of this year totalled a little over 511m units, down 10% YoY. Tyre manufacturers in China have been facing a tough operating environment, as a result of domestic environmental regulation, along with a number of countries imposing antidumping duties and countervailing duties on certain types of tyres.

Looking ahead, downside risks, at least for Chinese demand, continue to linger. Firstly, it does not seem as though there will be any quick resolution to trade tensions between the US and China. Chinese manufacturing PMI numbers have softened in recent months, and this is obviously a key downside risk for demand if the trend continues. 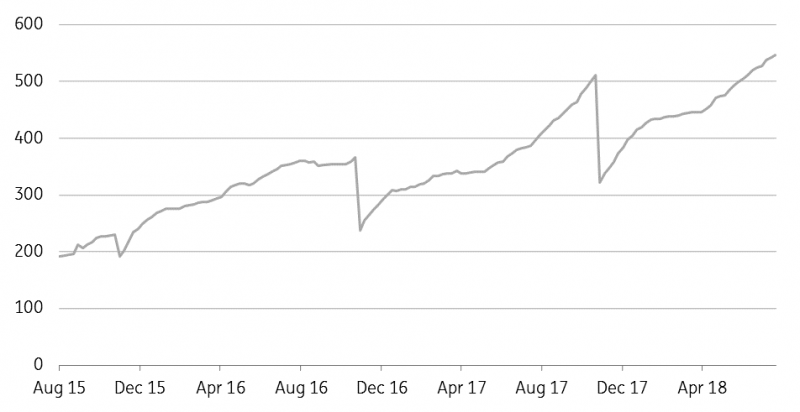