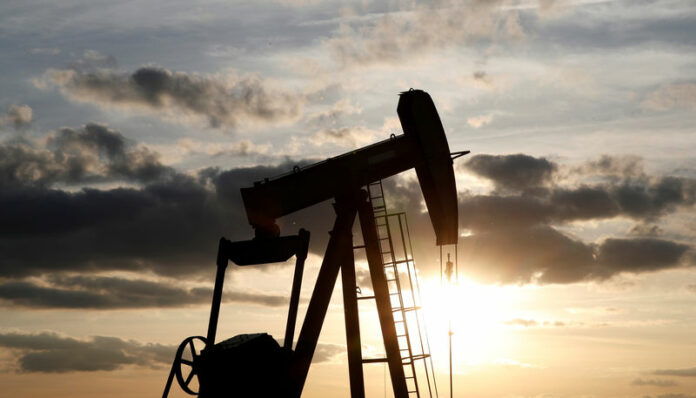 Oil edges up on U.S. sanctions against Iran, but trade dispute weighs

© Reuters. FILE PHOTO: An oil pump is seen at sunset outside Vaudoy-en-Brie

SINGAPORE (Reuters) – Oil prices edged up on Tuesday, supported by expectations of supply cuts once U.S. sanctions against Iran bite in November, but capped by worries a Sino-U.S. trade dispute will drag on fuel demand growth.

Traders said prices were lifted by expectations of a drop in supply once U.S. sanctions against major oil exporter Iran take effect from November.

In an attempt to prevent prices from spiking because of the potential supply reduction, the United States on Monday offered 11 million barrels of crude from its Strategic Petroleum Reserve (SPR) for delivery from October 1 to November 30.

Because of the looming supply disruption from Iran, French bank BNP Paribas (PA:) said it expected oil production from the Organization of the Petroleum Exporting Countries (OPEC), of which Iran is a member, to fall from an average of 32.1 million barrels per day (bpd) in 2018 to 31.7 million bpd in 2019.

Despite this, traders said overall oil market sentiment was cautious because of concerns over the demand outlook amid trade disputes between the United States and China.

A Chinese trade delegation is due in Washington this week to resolve the dispute, but U.S. President Donald Trump told Reuters in an interview on Monday he does not expect much progress, and that resolving the trade dispute with China will “take time.”

The impact of the Iran sanctions is not yet clear.

China has indicated that it will ignore the U.S. sanctions.

The Iran supply cut may also be more than compensated for by production increases outside the OPEC producer cartel.

BNP Paribas said non-OPEC output would likely grow by 2 million bpd in 2018 and by 1.9 million bpd next year.

“Depending on when pipeline infrastructure constraints are lifted in the U.S., non-OPEC supply growth by the end of 2019 may prove higher than currently assumed,” the bank said.

The search for new oil has increased globally in the last two years, with the worldwide rig count rising from 1,013 at the end of July 2016 to 1,664 in August 2018, according to energy services firm Baker Hughes (https://tmsnrt.rs/2MnSEr2).

The biggest increase was in North America, where the rig count shot up from 491 to 1,057 in the last two years.

How prices develop will also depend on demand.

“We see global oil demand growing by 1.4 million barrels per day in both 2018 and 2019,” BNP Paribas said, implying that global markets are likely to remain sufficiently supplied.