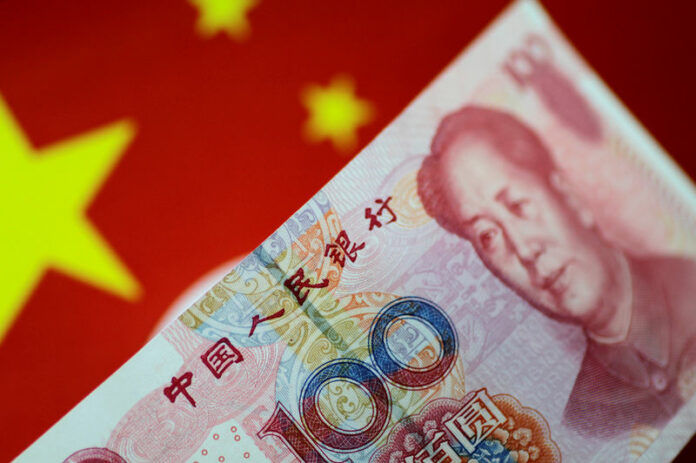 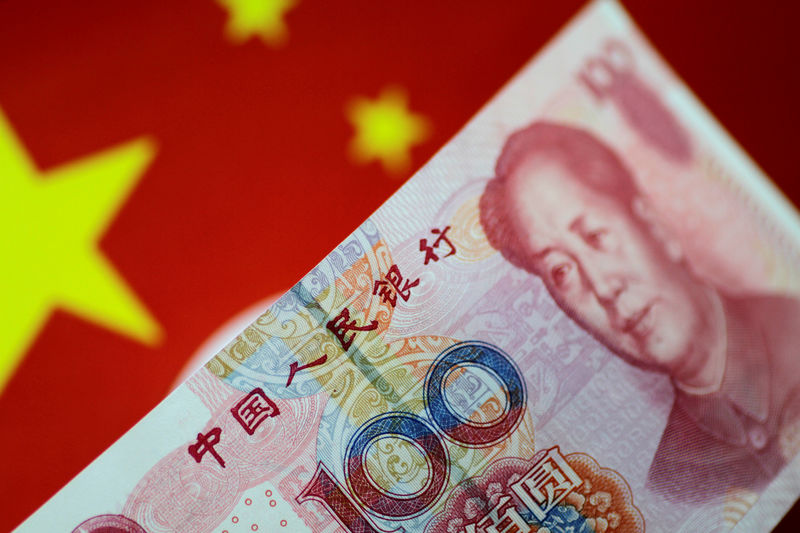 SHANGHAI (Reuters) – The yuan hovered at a 2-1/2-week high against the U.S. dollar on Monday after China’s central bank revived a “counter-cyclical factor” in its daily fixing to support the currency, arresting a record 10-week slide that has rattled global markets.

The People’s Bank of China (PBOC) said on Friday that it was adjusting the way it calculates the yuan’s official midpoint to keep it more stable amid dollar strength and trade tensions between Washington and Beijing.

The move to stabilize the yuan came a day after the latest Sino-U.S. talks aimed at resolving the trade war ended with little progress, with tougher U.S. measures expected to kick in next month that could add more pressure on the Chinese currency.

President Donald Trump, in an interview with Reuters last week, had accused China of manipulating its currency to help cushion the blow from U.S. tariffs on Chinese imports.

“The PBOC move validates our views that yuan devaluation is not a weapon of the trade war,” Mizuho Bank analysts said in a note.

“It also resonates with our ‘7-3’ stability threshold hypothesis, which refers to not breaching 7 for dollar-yuan and FX reserves not falling below $3 trillion.”

Prior to the market opening on Monday, the PBOC lifted its official yuan midpoint

The guidance rate was also 127 pips higher than Reuters’ estimate of 6.8635 per dollar.

The currency firmed in early spot trade, but quickly gave up its gains.

The PBOC is not believed to have used the mysterious adjustment factor since January, when the yuan was on a firming trend, though traders suspect it may have been testing the waters in recent sessions as the dollar continued to climb.

The PBOC’s confirmation of the move was seen as a signal that is not comfortable with further losses which could fuel capital outflows, especially as the yuan flirts with the closely watched psychological support level of 7 to the dollar.

“How the factor works per se is much less important than the clear signal sent by the PBOC that it would defend 7.0 at least in the next couple of months,” said Larry Hu, head of greater China economics at Macquarie in Hong Kong.

Hu recalled the yuan had a rapid appreciation in six months after the counter-cyclical was first introduced last May.

Late gains in offshore markets after the announcement on Friday spared the currency from an 11th consecutive weekly loss. But it had already posted the longest weekly losing streak since the exchange rate was unified in 1994.

The yuan also pared some of its losses to the greenback to 4.6 percent year-to-date.