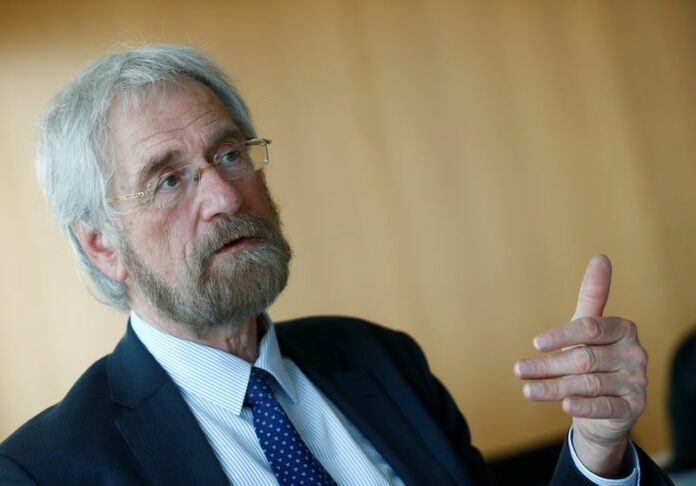 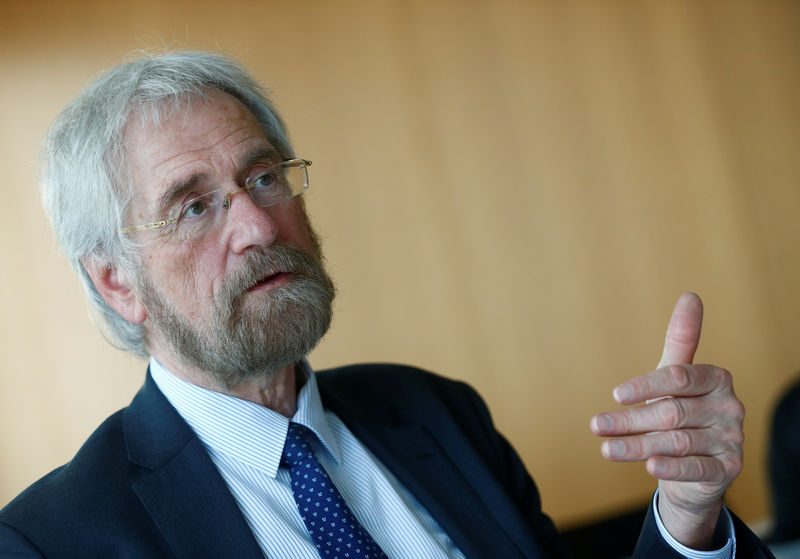 COLOGNE, Germany (Reuters) – The risks associated with the European Central Bank’s ultra-easy monetary policy have to be “closely monitored” after years of economic expansion, the ECB’s chief economist Peter Praet said on Tuesday.

Praet’s warning was likely to be taken as a sign the ECB was becoming increasingly aware of the side effects of its policy of massive bond purchases and ultra-low interest rates, which it is expected to slowly dismantle in the coming months.

This would be a victory for policymakers from Germany and other richer euro zone countries, who have long complained about inflated property and bond prices as a result of the ECB’s policy.

“Patient, prudent and persistent monetary policy is still needed,” Praet said. “At the same time, and in particular at this stage of the monetary policy cycle, the risk channel of our policy has to be closely monitored.”

Purchasing 2.6 trillion euros worth of debt over nearly four years, the ECB has brought down borrowing costs to stimulate lending in the euro zone, which grew at its fastest pace since 2009 last month.

But economic growth has softened this year and the expansion in lending has also appeared to level off, suggesting that the bloc’s growth cycle has peaked just as the central bank begins to wind down its stimulus measures.

Still, Praet warned as the euro zone economic cycle matures and monetary policy remains easy, more countries could implement national or localized tools to fight against the build up of financial stress.

The central bank has said it expects to stop buying bonds at the end of this year but would keep interest rates at their current, record low “through the summer” of next year.

Money-markets investors currently expect the first ECB rate hike since 2011 to come in October or December of next year.