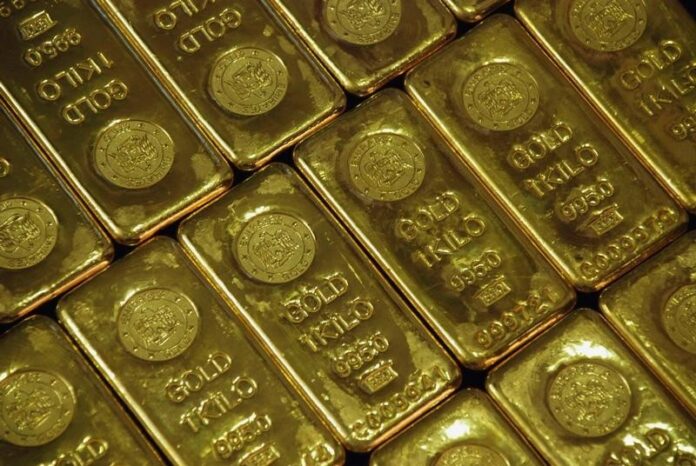 Investing.com – Gold prices were lower on Tuesday, despite a weaker dollar, as trade tensions between the U.S. and China lingered.

The U.S. and Mexico reached a trade deal on Monday that would replace the North American Free Trade Agreement (NAFTA). U.S. Treasury Secretary Steve Mnuchin . Canada had been left out of negotiations since July. But U.S. President Donald Trump warned he could still put tariffs on Canadian autos if they refused to agree to the new deal.

Despite the trade progress in North America, worry remains over trade between the U.S. and China. Officials from both countries are expected to meet later this month to resume trade negotiations after the last round of trade talks ended with little progress. The U.S. imposed tariffs on $16 billion of Chinese goods on Aug. 24, with China issuing reciprocal tariffs and threatening to file a complaint with the World Trade Organization.

The price of gold was unmoved by a softer greenback. The , which measures the greenback’s strength against a basket of six major currencies, inched down 0.13% to 94.55.