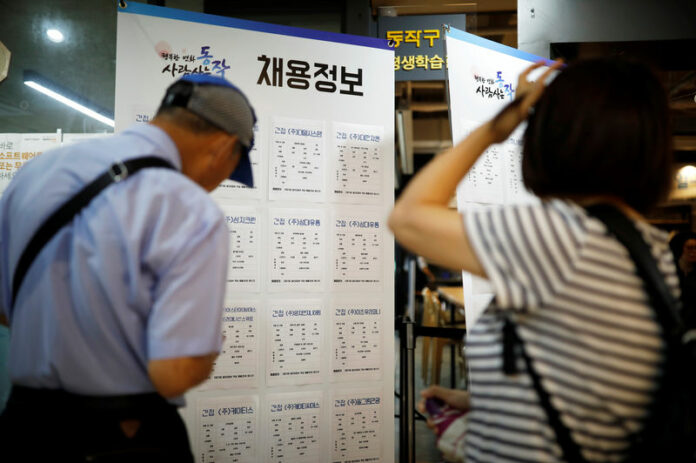 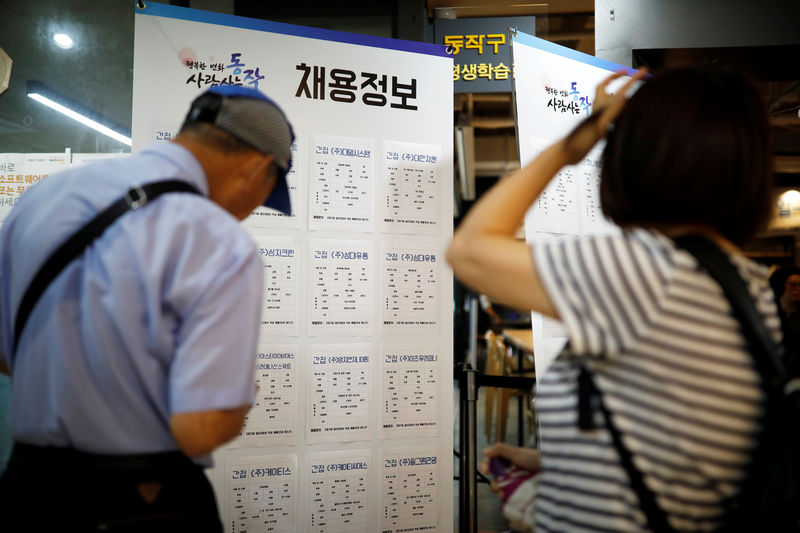 SEOUL (Reuters) – South Korea proposed on Tuesday the sharpest expansion in fiscal spending in a decade for 2019 as policymakers focus on creating jobs and boosting welfare in the face of a deteriorating job market.

Spending on welfare, health and jobs will account for the biggest slice of the pie at 162.2 trillion won, up 12.1 percent from this year.

Some 23.5 trillion won of that will be used solely for job creation, a 22 percent increase from 2018.

“Thanks to higher revenue from robust tax collection, we’re expanding the size of fiscal expenditure to add jobs, and to boost the dynamism of the economy,” finance minister Kim Dong-yeon said at an embargoed news briefing.

The left-leaning government of President Moon Jae-in is banking on record fiscal expenditure to boost jobs. Many companies have slowed down their hiring following a series of pro-labor policies was introduced by Moon, including sharp increases in minimum wages.

In a major setback for self-styled “Jobs President” Moon, South Korea’s July jobs report showed Asia’s fourth-largest economy added a mere 5,000 jobs from a year earlier, the smallest annual gain since January 2010 when the economy was still reeling from the global financial crisis.

The economy grew 0.7 percent in the second quarter, slowing from 1 percent growth a quarter earlier on weaker exports and capital investment.

South Korea is expected to have a fiscal deficit of 1.8 percent of annual gross domestic product (GDP) next year, rising slightly from 1.7 percent expected for this year, a government statement said.

Sovereign debt will reach 39.4 percent of GDP next year, compared with 38.6 percent set for this year.

By 2022, the government sees its debt-to-GDP ratio increasing to 41.6 percent as demand for welfare spending will only rise with shrinking workforce and aging population.

“Even with expanded fiscal spending, its impact on the fiscal balance and sovereign debt won’t be big as we have a healthy stream of tax revenue,” finance minister Kim said.

Separately, finance ministry officials told Reuters the government would sell up to a net 40.7 trillion won worth of treasury bonds next year compared to 36.7 trillion won set for this year.

The limit for net increase in won-denominated bonds for foreign exchange stabilization funds will be 12 trillion won in 2019, unchanged from this year.