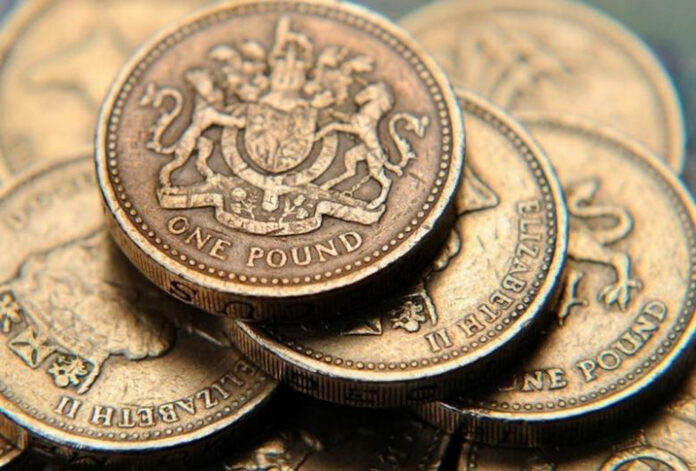 LONDON: Sterling fell to a near one-year low against the euro on Tuesday after British Prime Minister Theresa May played down the consequences of Britain leaving the European Union next year without securing a deal with the bloc.

Failing to reach an agreement on trade relations with the EU “wouldn’t be the end of the world,” May told reporters as she headed to Africa to try to boost Britain’s trade ties ahead of Brexit in March 2019.

May’s comments – seen as undermining Finance Minister Philip Hammond’s warnings about the economic damage from a “no-deal” Brexit – piled pressure on the pound which sank to 90.73 pence per euro, its lowest since Sept. 12, 2017.

Against the dollar the pound was broadly flat at $1.2898.

The prospect of a no-deal Brexit is becoming increasingly  feasible in the eyes of investors who are hedging against the risk of the currency tanking if Britain is left isolated from the EU, its largest trading partner.

Positions are hardening as the March deadline approaches.

German Foreign Minister Heiko Maas on Tuesday said the risk of a so-called hard Brexit was “not yet off the table” and France’s prime minister has asked his ministers to prepare contingency measures in case Britain crashes out of the EU.

“The economic indicators from the UK have been respectable recently, but the political uncertainty surrounding Brexit is too great,” said CMC Markets analyst David Madden.

Short positions on the pound are now at their highest since mid-2017, he said.

Britain’s Brexit minister Dominic Raab said last week London could meet an informal October deadline to agree a deal but EU leaders expect to miss the deadline and are likely to have to hold an emergency summit in November.

Market analysts say most investors have already priced in a delay beyond October.

Reaching a deal is also only the first of several hurdles the EU and UK need to clear, such as parliamentary ratification of any agreement, before the March 2019 deadline.

Foreign exchange analysts have forecast the pound will weaken to $1.20 in the event of a no-deal Brexit, a Reuters poll this month found.