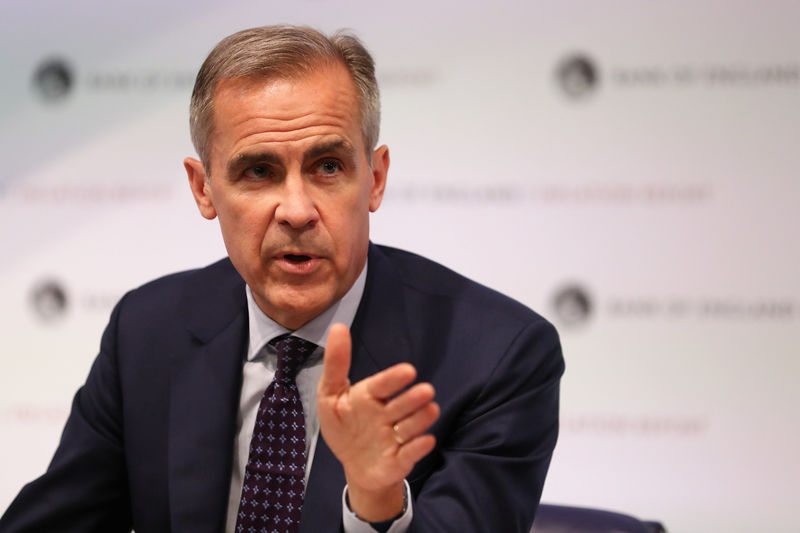 LONDON (Reuters) – Britain’s finance ministry denied a newspaper report on Tuesday that the government had asked Bank of England Governor Mark Carney to stay on for an extra year beyond his scheduled departure in June 2019.

“We don’t recognize their reporting at all,” a Treasury spokeswoman said when asked about the article in the Evening Standard newspaper.

A diary item in the newspaper said the ministry had “quietly approached” Carney about staying another year to provide continuity as Britain leaves the European Union.

“Our position is the same – we plan to start recruitment soon,” the ministry spokeswoman said.

Spokesmen for Prime Minister Theresa May and the BoE declined to comment on the report.

The value of sterling has fallen sharply since April as investors worry about the lack of progress in Brexit talks.

Carney agreed to serve five years, rather than the usual eight, as BoE governor when he moved from his native Canada to Britain in 2013. In 2016, shortly after British voters decided to leave the European Union, he agreed to stay an extra year, keeping him in the job until June 30, 2019.

Carney said in July he does not intend to change that plan.

The Evening Standard said government officials were struggling to find a candidate strong enough to replace him.

The person most tipped to be Carney’s successor is Andrew Bailey, a regulator with 30 years of experience at the BoE. He is currently head of the Financial Conduct Authority, one of the country’s main watchdogs for the financial services industry.

The Evening Standard is edited by former finance minister George Osborne who appointed Carney to the BoE.