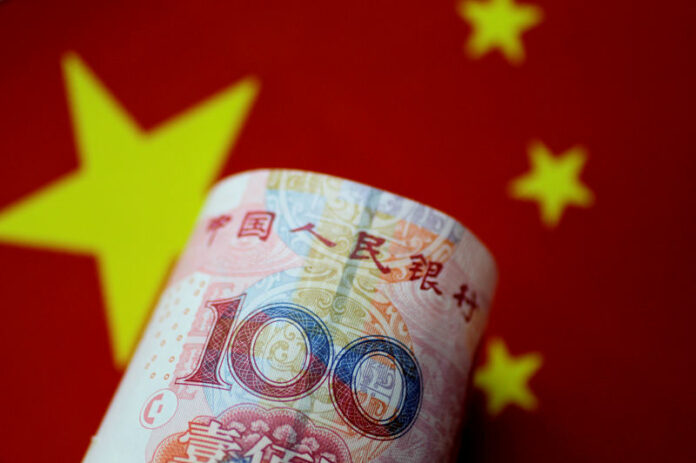 BEIJING (Reuters) – China’s state planner head has warned the economy faces increased risks in the second half of this year and that greater effort would be needed for policymakers to hit economic development goals as external challenges intensify.

“Targets in economic growth, employment, inflation and exports and imports can be achieved through effort,” He Lifeng told the standing committee of the National People’s Congress on Tuesday, according to a statement on the National Development and Reform Commission’s website.

He attributed the increasing difficulties to long-term structural challenges in the economy and risks from the external environment.

China’s economy is starting to cool with data in the past few months showing investment growth slowing while retail sales growth and disposable income growth have also remained soft.

And with U.S. trade tariffs clouding the outlook to growth, Chinese policymakers are shifting their priorities to reducing risks to growth.

To cushion the economy and revive investment, China has sped up infrastructure spending and kept liquidity in the financial system ample. It has also offered assistance to companies struggling with the high costs of and access to financing.

However, the growing stimulus and easier credit have raised fears that Beijing is putting its efforts to reduce debt risks in the economy on the back burner.

He said China will continue to deleverage the economy but control the pace and intensity of these efforts, echoing a central bank pledge that the country won’t resort to strong stimulus to prop up growth.

“China is determined to resolve problems with the property market… and resolutely curb rises in property prices,” said He.

He also said safeguarding employment remained a priority, and that authorities are closely watching price changes and market demand and supply of important products.

In July, the state planner pledged to prevent trade friction with the United States from leading to large-scale unemployment.

China’s urban survey-based jobless rate rose to 5.1 percent in July from 4.8 percent in June. The government aims to keep the rate below 5.5 percent this year.