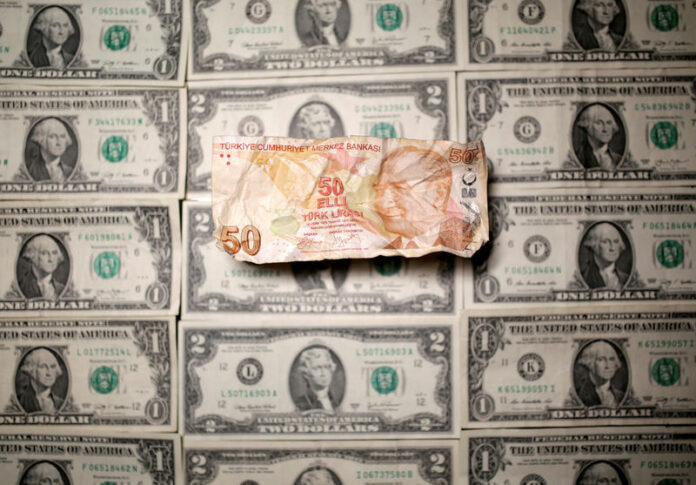 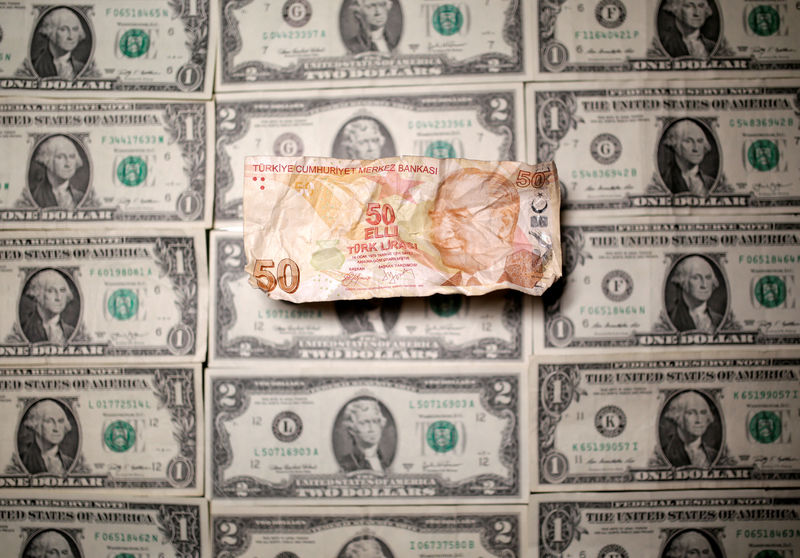 © Reuters. Turkish Lira and Dollar banknotes are seen in this picture illustration

LONDON (Reuters) – Around $179 billion in Turkish external debt matures in the year to July 2019, equivalent to almost a quarter of its annual economic output, JPMorgan (NYSE:) estimates, flagging the risk of a sharp contraction for the crisis-hit economy.

Most of the maturing debt — around $146 billion — is owed by the private sector, especially banks. The government needs to repay or roll over just $4.3 billion and public-sector entities account for the rest, JPM said in a note received on Wednesday.

The issue has shot into focus as the lira plunged 40 percent this year, amid concern over political meddling in monetary policy and a rift with the United States over Turkey’s detaining of an American pastor.

JPM said that last year Turkey’s stock of external debt as a percentage of gross domestic product was approaching the record highs seen just before its 2001-2002 financial crisis.

“Financing needs over the next 12 months are large and access to markets has become problematic,” the note said.

Some $32 billion is due in the remainder of 2018, according to JPM calculations based on central bank data. Large repayments will fall due in September, October and December, it said.

“As international banks are likely to at least partially reduce their exposure to Turkey, roll-over of principal could be challenging for some entities,” the note said.

However, it said, companies did seem to have enough external assets to cover hard-currency liabilities, and around $47 billion of maturing debt consisted of trade credits, which are relatively easy to roll over.

In all, it reckons roughly $108 billion of debt maturing through July 2019 had high roll-over risk.

“In a sudden stop of capital flows, roll-over risks will mount and financing of the current account deficit will be difficult,” JPM added.