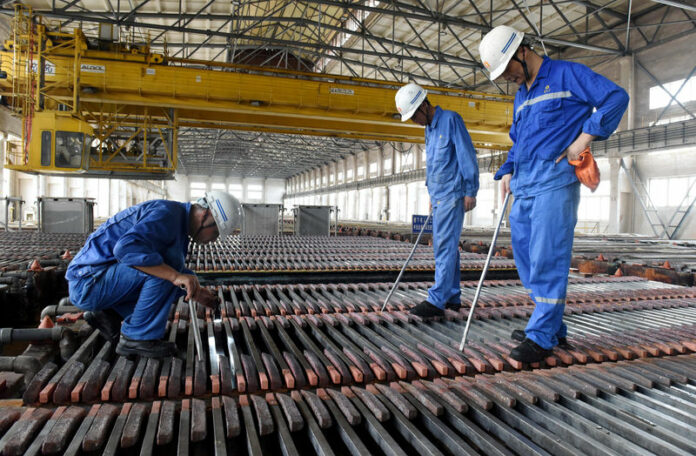 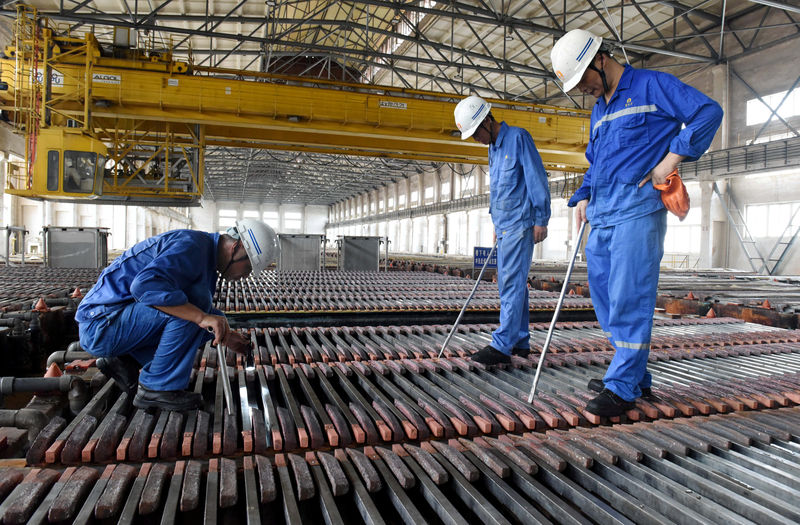 LONDON (Reuters) – Copper prices have recovered from a recent rout, but the possibility of the trade dispute between the Washington and Beijing escalating and its potential to crimp demand in China, the world’s top consumer, is expected to cap gains.

A key target in Trump’s quest for more open trade is China, the world’s largest copper consumer, accounting for nearly half of global demand estimated at some 24 million tonnes this year.

“Downside risks to copper come from the trade war intensifying, particularly between the United States and China,” CRU analyst Charlie Durant said. CRU forecasts a 117,000 ton surplus this year and larger one at 198,000 tonnes in 2019.

“We’re not seeing a huge amount of upside over and above $6,200-$6,300 during the next 6 months because many of the threats to supply we had at the start of the year aren’t really there anymore,” Durant said.

Supply risks came from the contract renegotiations for workers at major mines in top producing countries such as Chile and the potential for disruptions from strikes.

Some contracts have already been agreed including at Escondida in Chile, the world’s largest copper mine, operated by BHP Billiton (AX:) (L:).

Chinese demand is the key risk.

“The first wave of U.S. tariffs on $34 billion worth of goods will have limited impact on Chinese copper consumption as the goods on the list are not very copper intensive,” said Eleni Joannides, a senior research manager at Wood Mackenzie.

“The expansion of the list to $200 billion could raise the impact to around 1 percent of total Chinese copper demand, as many copper intensive goods are included in the extended list.”

Domestic demand in China, though slowing already, is likely to be supported by interest rate cuts, easier credit and infrastructure projects.

The Chinese government’s decision to impose a 25 percent duty on U.S. copper scrap means local consumers will buy metal on the global market.

“The tax on scrap is one reason behind the draw on stocks in Shanghai,” a fund manager trading copper said. The copper price in Shanghai is at a large premium to the LME, even taking into account shipping costs and taxes.”

Stocks of copper in warehouses monitored by the Shanghai Futures Exchange at nearly 150,000 tonnes have more than halved since early April, while prices have climbed to around $7,200 a ton.

“The price and demand is expected to follow China’s manufacturing figures,” said Lara Smith, managing director at Core consultants, adding she expects copper demand to rise to 25.8 million tonnes in 2020

“We see some growth in copper due to the whole electric vehicle story as well as global infrastructure upgrades, especially in China. This should add around 500,000 tonnes this year, rising to around 800,000 tonnes in 2020.”