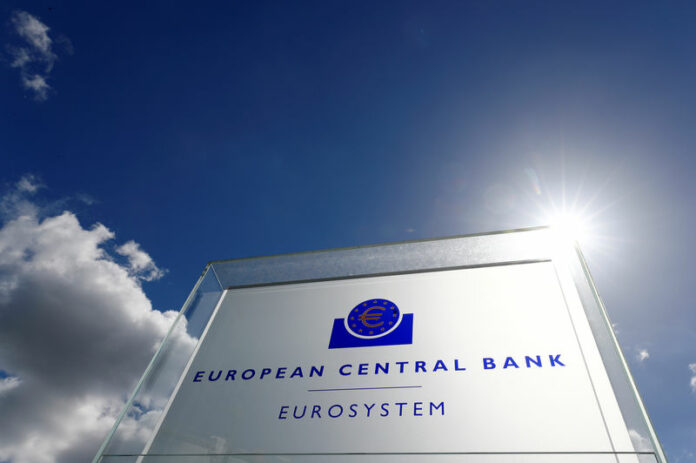 A decade after Lehman, Europe remains on economic crutches

FRANKFURT (Reuters) – Ten years after the collapse of Lehman Brothers and the onset of the global financial crisis, much of the industrialized world has yet to fully recover and this will be all too evident at the European Central Bank’s policy meeting on Thursday.

With some key euro zone economies still not back to their pre-crisis size despite a decade of stimulus, the central bank is only rolling back support by the smallest of increments and ECB chief Mario Draghi will once again promise ample help for a long time to come to keep a recovery going.

On the face of it, the economy looks healthy.

Growth is into its sixth year, employment is at a record high, wages are finally increasing and inflation remains on track to approach the bank’s target at the end of the decade.

This will be good enough for Draghi to firm up an earlier “expectation” to halve bond purchases from October before ending them completely by the close of the year.

Still, investors are unlikely to even notice such a nuanced change in language as the end of the stimulus program has already been fully priced in.

Instead, the focus will be on sluggish underlying inflation, political turbulence and signs of economic weakness against the backdrop of an escalating trade war between major powers. All this could derail growth and complicate the ECB’s exit from an era of ultra-low interest rates.

“Uncertainty about Italy’s fiscal compliance has increased sharply, unresolved Brexit talks are nearing their deadline, trade tensions with the U.S. have escalated, and volatility in emerging markets is increasing,” UBS economists said in a note.

“As a consequence, the ECB is set to deliver a dovish press conference.”

Indeed, growth is undershooting the ECB’s own projections this year and underlying inflation, a key focus for rate-setters, has unexpectedly softened.

This suggests that some of the ECB’s new economic projections, due out at the press conference, are at risk of modest cuts.

Still, Draghi is likely to argue that the euro zone’s economy remains strong enough for the bloc to continue creating jobs, even if somewhat slower than thought just a few months ago.

This will eventually lead to rising inflation pressures, Draghi is likely to argue, and all the ECB has to do is remain patient and not cut stimulus too quickly.

With that in mind, Draghi is also likely to repeat a promise to keep rates record low at least through next summer, a vaguely worded pledge that gives the bank flexibility and an unusually long period on auto pilot.

Meeting the same day, the Bank of England is all but certain to keep policy unchanged and may stay on the sidelines until Britain finally leaves the European Union, a landmark event that economists say could cause significant economic damage if the government fails to negotiate a deal to manage its exit.

“A ‘hard’ Brexit could impose an initial UK GDP hit of 1.5 percent,” Commerzbank (DE:) economist Peter Dixon said. “After eight years, our analysis suggests that real GDP will be 4.5 percent below the no-Brexit baseline level.”

Having raised rates last month, the BoE is likely to be unanimous in keeping them unchanged this time but any commentary on the risk of a disorderly Brexit will be closely watched.

Still, comments from Governor Mark Carney that he is ready to discuss staying beyond his planned departure date of June 30 2019, could comfort markets.

“Given our assumption that a Brexit deal will only be struck at the eleventh hour, we doubt the MPC will move again until May 2019 – after the UK has left the EU,” Capital Economics said.

“If, however, the UK left the EU without a deal, there is a strong chance that the MPC would cut rates in anticipation of a slowdown in the real economy, as it did in August 2016 after the Brexit vote.”