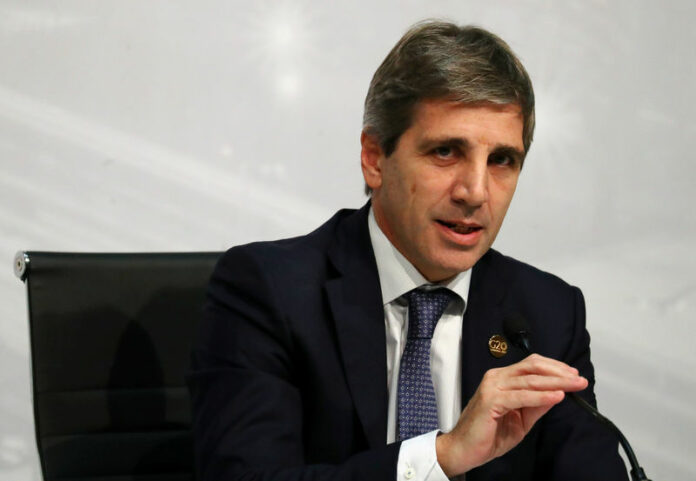 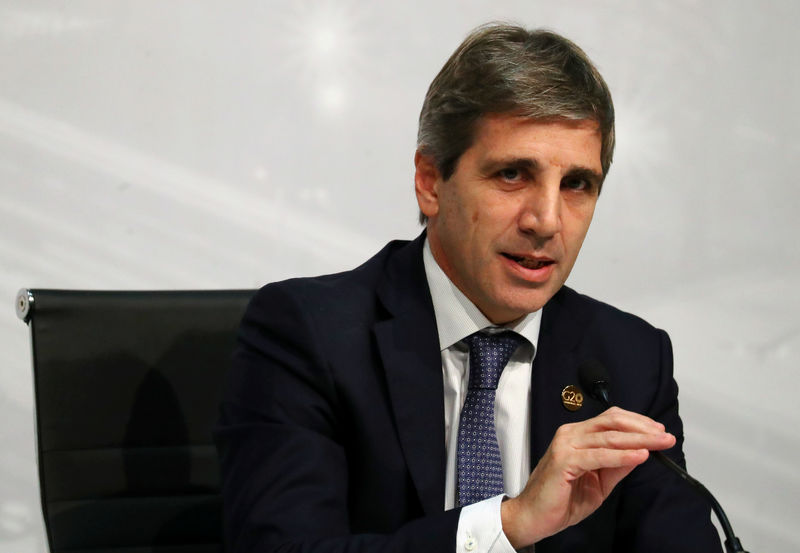 © Reuters. Central Bank President Caputo speaks during a news conference at the G20 Meeting of Finance Ministers in Buenos Aires

The peso currency opened down 0.93 percent at 37.80 per U.S. dollar, following two straight days of gains as authorities negotiated changes to a $50 billion loan program with the International Monetary Fund, but turned positive after Caputo’s comments to trade up 0.7 percent at 37.20.

The peso plunged 16 percent last week after President Mauricio Macri announced that the country would seek early disbursements from the stand-by deal to assuage concerns about the government’s ability to pay its debts in 2019.

“There is no doubt that there is an over-exaggeration. This is going to correct itself quicker than markets believe,” Caputo said at a conference of finance executives. “Financing will be overly assured for 2019,” he said, but did not give details about the sources of financing.

Caputo described the central bank’s current interest rate of 60 percent as a “crisis rate” meant to calm the peso and stamp out inflation running above 30 percent. He said that rate was “not viable” in the medium or long term.