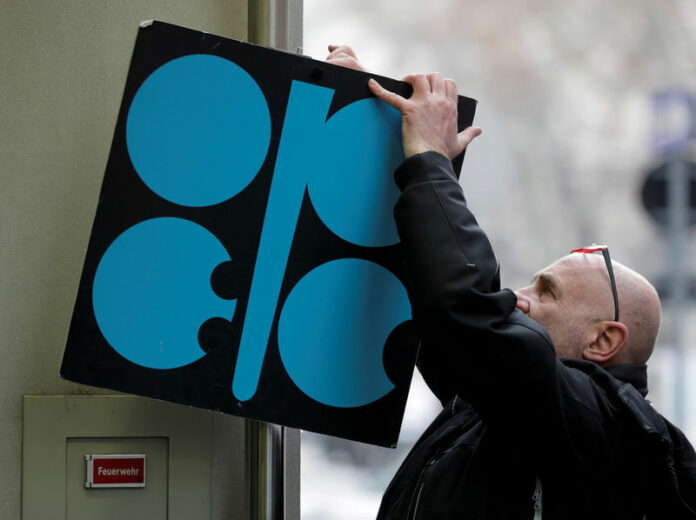 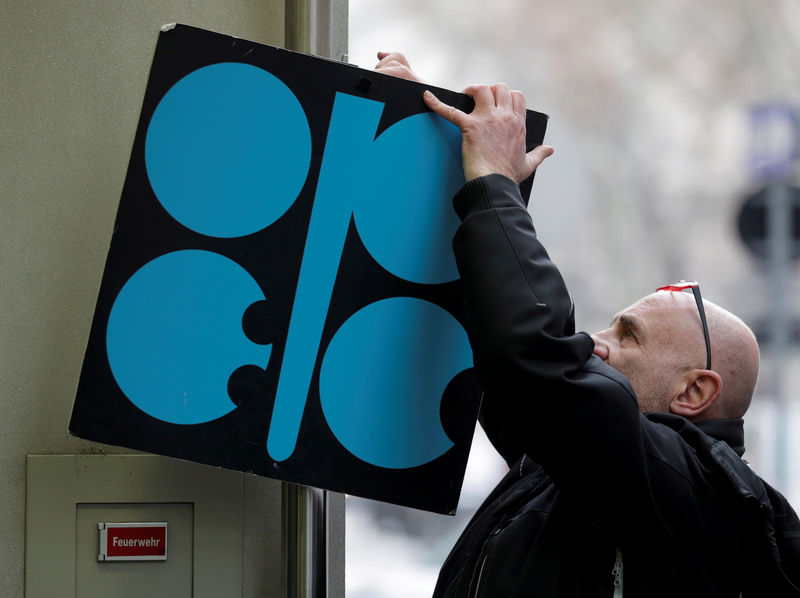 © Reuters. FILE PHOTO: A man fixes a sign with OPEC’s logo next to its headquarters’ entrance before a meeting of OPEC oil ministers in Vienna

DUBAI/LONDON (Reuters) – An OPEC and non-OPEC technical committee will next week discuss proposals for sharing out an oil-output increase, sources familiar with the matter said, a tense topic for the producer group after it decided in June to ease supply curbs.

A panel called the Joint Technical Committee will on Tuesday consider proposals on distributing the agreed output increase of 1 million barrels per day, the sources said.

“The talks will look at various mechanisms” to reach the required production level, a source said.

If resolved, the talks could lead to an easing of tensions within the Organization of the Petroleum Exporting Countries. Iran had been against the June decision, which came amid pressure from U.S. President Donald Trump to reduce oil prices.

There are four proposals on how to distribute the increase, presented by Iran, Algeria, Russia and Venezuela, one of the sources said, suggesting agreement will not be straightforward.

One idea, to share it pro-rata among participating countries, is unlikely to be approved by Russia and Saudi Arabia since it would give them less than the supply boosts of 300,000 and 400,000 bpd that they respectively want, the source said.

OPEC, Russia and other non-members agreed in June to return to 100 percent compliance with oil output cuts that began in January 2017. Months of underproduction in Venezuela and elsewhere had pushed adherence above 160 percent.

The June meeting concluded with a deep disagreement between Saudi Arabia and Iran, longtime rivals in OPEC.

Saudi Arabia said the decision implied a reallocation of extra production from countries unable to produce more to those, such as Riyadh, that can. Iran, facing a forced cut in its oil exports because of U.S. sanctions, disagreed.

The proposals will next be presented to ministers attending a monitoring meeting in Algeria on Sept. 23, sources said.