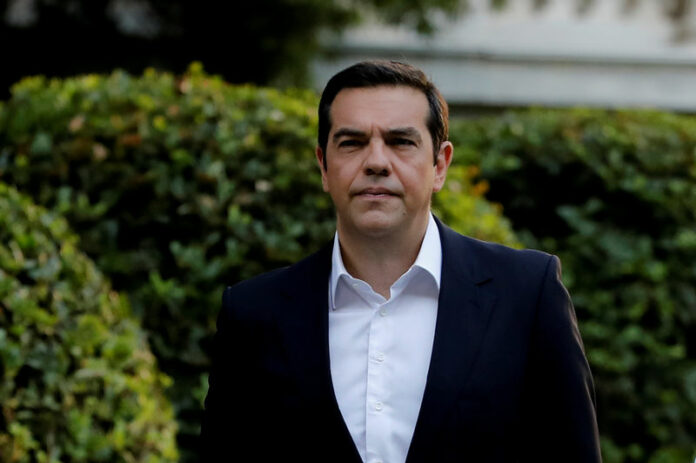 THESSALONIKI, Greece (Reuters) – Greek Prime Minister Alexis Tsipras on Saturday unveiled plans for tax cuts and pledged spending to heal years of painful austerity, less than a month after Greece emerged from a bailout program financed by its EU partners and the IMF.

Tsipras, who faces elections in about a year’s time, used a keynote policy speech in the northern city of Thessaloniki to announce a spending spree that he said would help fix the ills of years of belt-tightening, and help boost growth.

But he said Athens was also committed to sticking to the fiscal targets pledged to lenders.

“We will not allow Greece to revert to the era of deficits and fiscal derailment,” he told an audience of officials, diplomats and businessmen.

Tsipras promised a phased reduction of corporate tax to 25 percent from 29 percent from next year, as well as an average 30 percent reduction in a deeply unpopular annual property tax on homeowners, rising to 50 percent for low earners.

He also said a pledge to maintain a primary budget surplus at the equivalent of 3.5 percent of GDP could be achieved without further pension cuts, and that he would discuss this with the European Commission.

The government had been expected to announce further pension cuts next year – a deeply controversial measure one in a country where high unemployment means that pensioners are occasionally the primary family earners. It is also a group that has been targeted for cutbacks more than a dozen times since 2010.

The leftist premier said he would also reinstate labor rights and increase the minimum wage. And he said the state would either reduce or subsidize social security contributions for certain sections of the workforce.