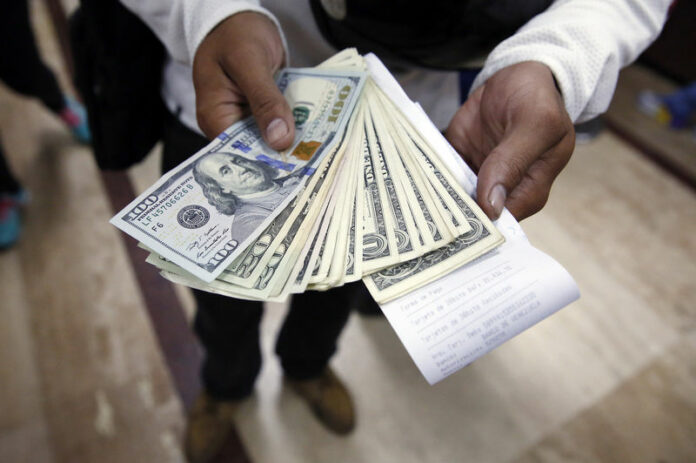 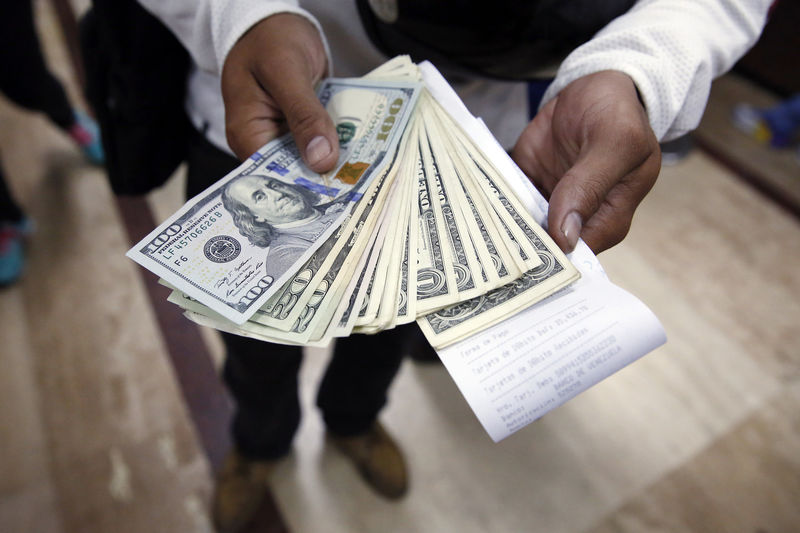 © Reuters. A man poses with dollars, after buying them at a money exchange in Caracas

CARACAS (Reuters) – Venezuela on Saturday eased 15-year-old currency controls, decreeing that private banks and exchange houses are allowed to sell dollars, but economists are skeptical the measure will improve the dysfunctional and crisis-stricken economy.

The currency controls, which require businesses and individuals to buy dollars via the state, are frequently identified as one of the main drivers of the crisis that includes hyper-inflation and product shortages.

Economists noted that the central bank remains in charge of determining the exchange rate. Before Saturday’s measure, the government had only sold greenbacks through the central bank although many transactions routinely took place on the black market.

“The exchange controls are being maintained, though they are a bit more flexible,” said economist Asdrubal Oliveros of local consultancy Econanalitica, responding to social media commentary suggesting that the controls had been lifted.

Legislator and economist Jose Guerra said the measure was the furthest the government has gone in easing the controls, but that it would depend entirely on how it was implemented.

President Nicolas Maduro during five years in office has repeatedly promised to create market-based systems to improve access to hard currency. Each attempt has fallen apart because the systems were unable to provide steady access to dollars.

The government currently sells dollars for around 62 bolivars, while the black market rate is around 90.

That disparity has in the past made foreign exchange systems unworkable because it creates incentives to buy dollars at the preferential rate and quickly resell them at a profit on the black market, meaning the preferential dollars quickly dry up.

Merchants unable to obtain dollars through the government have to buy them on the black market to import products. But they can be thrown in jail if they sell those products at prices higher than those approved by state price controls.

Maduro says his government is victim of an “economic war” led by opposition politicians with the help of the United States, which has levied financial sanctions against Venezuela.

Critics say Venezuela’s economy will not function properly until prices are determined by the private sector rather than government decrees.

They noted that Finance Minister Simon Zerpa on Friday promised free exchange of hard currency but also warned that “businesses that decide to continue feeding the criminal (foreign exchange) market are working in the shadows at great financial and legal risk.”