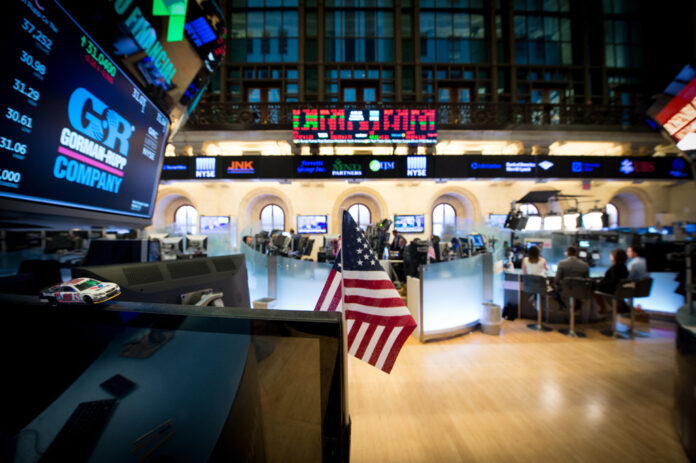 NEW YORK: World share indexes limped toward their worst week in almost six months on Friday, with Asia equities hitting a 14-month low and US stocks down in early trading as investors braced for additional trade tariffs and higher US interest rates.

The pan-European STOXX 600 ended the week with a 2.3 percent loss, its worst weekly performance since the end of March. Emerging market stocks dropped 3.2 percent.

A deadline for public comment before Washington imposes tariffs on another $200 billion worth of Chinese imports passed early on Friday, meaning they could take effect at any moment, although no clear timetable has been announced.

China has warned of retaliation if Washington launches any new measures.

Australia’s dollar, often used as play on China’s fortunes due to its huge metals exports there, hit a 2-1/2 year low in European trading.

“It seems unlikely the tariffs are not implemented as the US administration believes that they are winning the trade war and will be in a stronger position to negotiate if they put more pressure on China,” JPMorgan analysts wrote in a note.

Another strong US, jobs report and signs that average hourly wages are increasing at the fastest pace since 2009 cemented expectations that the Federal Reserve will continue to raise interest rates this year and next.

“Everything is flashing green for a rate hike. I think a rate hike in December is very likely,” said Mark Zandi, chief economist at Moody’s Analytics. “The Fed has to hike rates at least three times next year, mostly likely four. Something has to go off the rail for it not to happen.”

The dollar hit a four-month low on the franc around $0.9645 . Against a basket of currencies, the dollar index edged down to 94.939 and was heading for a fourth weekly drop.

In commodity markets, the dip in the dollar left gold a sliver higher at $1,200.67 an ounce.