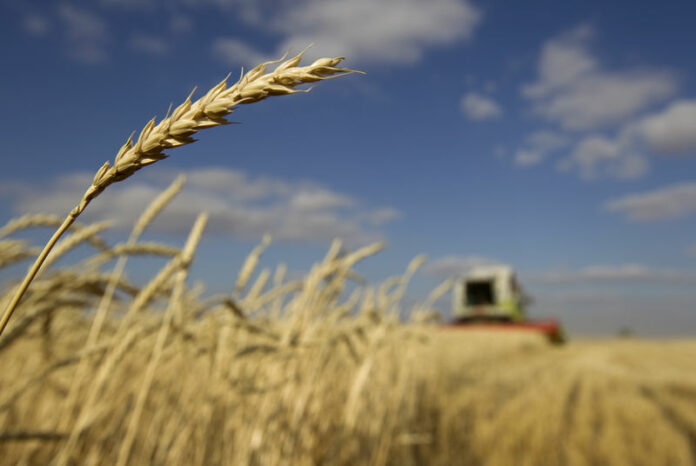 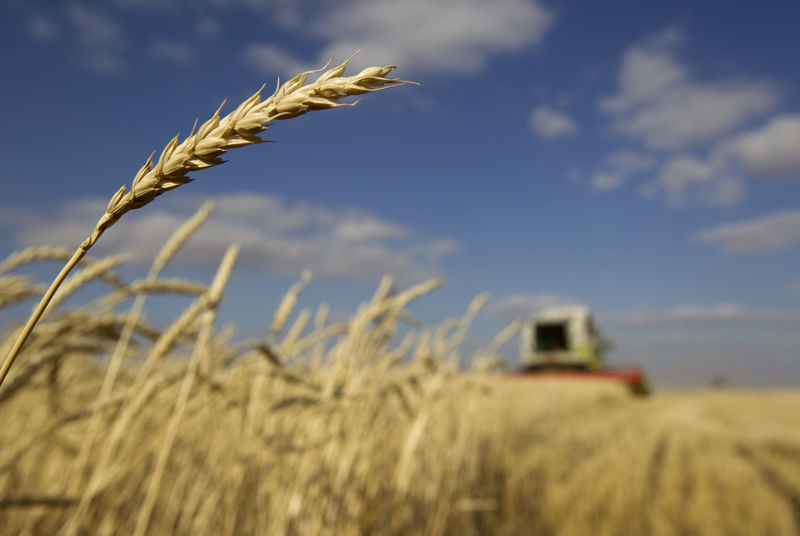 © Reuters. A combine harvests wheat in a field near the town of Akkol

MOSCOW (Reuters) – Plans for a deal under which Russia and Kazakhstan are to supply wheat to Iran have stalled as “no progress” has been made in its financing, the secretary general of the Iran Federation of Food Industry Associations said.

Talks on the deal began six months ago. It would see Russia and Kazakhstan supplying wheat to Iranian flour millers, who in turn would supply flour to Iraq — a market dominated by Turkey.

“The Iranian side had its condition – if you would like to realize such agreement, you need to finance it. There has been no progress in this process so far,” Kaveh Zargaran told Reuters on the sidelines of a grains conference in Moscow this week.

Under the deal, Russia would supply around 100,000 tonnes of wheat per month to Iranian private millers, who are not allowed to use domestic wheat for flour exports.

Iran was one of the largest markets for Russian wheat until it slashed purchases in 2016 amid Tehran’s self-sufficiency drive.

“If there was financing, a very significant number of Iranian flour millers would be interested in working using this scheme. As of now, only those millers which export flour to Iraq on a regular basis are interested in this,” said Zargaran, who also sits on the board of the Iran-Russia Joint Chamber of Commerce.

Iran’s private millers requested 180,000 tonnes of wheat for supply from Russia and Kazakhstan in 2018 but only 80,000 tonnes have been supplied so far, he added.

Iran has enough wheat harvested inside the country to cover its needs until the next year, Zargaran said. “We import wheat only for flour exports. It’s a temporary import. Import of wheat for real use is suspended,” he added.

According to Zargaran, Brazil has recently suggested a credit line of $1.2 billion for trade development with Iran, and “Russia also can do the same for Iran as financing is very common in the world.”

Iran’s currency has lost about two-thirds of its value this year, hitting a record low earlier this week of 150,000 rial to the dollar. Its already weak economy, troubled by difficulties at local banks, has been hit by the reimposition of U.S. sanctions, of which a further round is due to begin in November.

“We have agreed with many countries to continue our banking relationship,” Zargaran said when asked if banking channels will remain open for Iran, including its humanitarian needs if any, after early November.

“We all have very good friends in the region, which are also under sanctions – Iran, Turkey and Russia,” he added.