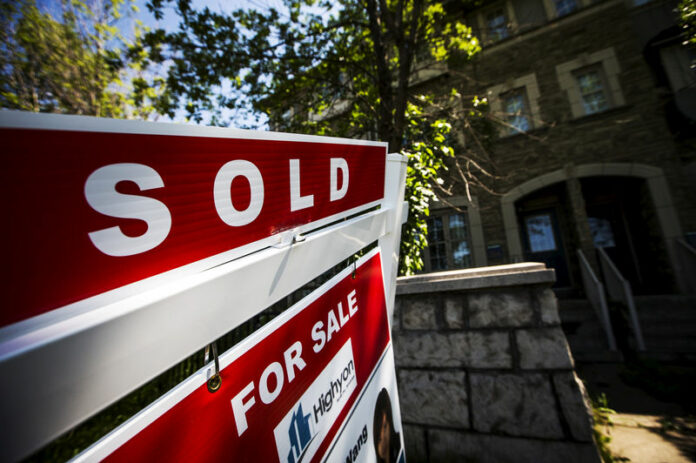 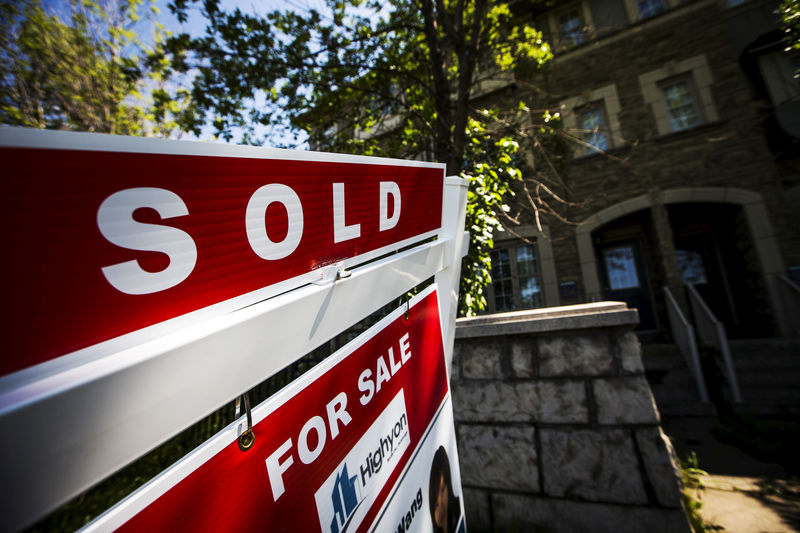 © Reuters. FILE PHOTO: A sign stands in front of a home that has been sold in Toronto

Among once-hot markets, the outlook for Toronto home prices improved somewhat from the previous poll in June, while the prospects for Vancouver, which has some of the most expensive homes in the world, grew more precarious.

The median forecast in a Reuters poll of 16 analysts taken Sept. 4-7 predicted national house prices will rise by a median 1.7 percent this year, slower than the 1.9 percent in a poll taken in June. That is below the expected rate of consumer price inflation this year and in 2019.

House prices are set to rise another 2.1 percent next year, in line with the June forecast, and another 2 percent in 2020, down from the prior forecast of 2.5 percent.

“We are going to see very modest price growth across all markets,” said Robert Kavcic, senior economist at BMO Capital Markets in Toronto. “We are seeing Toronto and Vancouver still adjusting to past policy measures and Bank of Canada rate hikes.”

New rules implemented at the start of this year requiring so-called “stress tests” for borrowers have restrained home sales and prices, despite an otherwise solid economic performance.

Regulators are trying to ensure a soft landing for a market that was propelled by years of low interest rates following the global financial crash and ignited fears that housing in Toronto and Vancouver is in an asset price bubble.

The Bank of Canada is also due to raise interest rates again, perhaps as soon as next month, as long as difficult negotiations to renew the North American Free Trade Agreement with the United States do not throw the Canadian economy off course.

However, some economists are concerned that even with rates as low as 1.5 percent, heavily-indebted households may be even more sensitive to rate rises than in the past.

“In addition, interest rate sensitivity is high relative to past cycles, so this may prove more meaningful in crimping demand than we currently have built into the forecast.”

Analysts who answered an additional question on the risk to Canada’s property market from faster interest rate hikes were mostly sanguine, although about one-third of them said it was “significant.”

In Toronto, Canada’s largest city and financial capital, home prices are expected to rise at a moderately faster pace than previously forecast, the poll found, up 3.0 percent next year, instead of the 2.0 percent predicted in June.

The 2.0 percent forecast for 2018 was unchanged from June.

“The (Greater Toronto Area) housing market is back on an uptrend following the B-20 adjustment phase, reflecting a build-up in pent-up demand,” noted Sebastien Lavoie, chief economist at Laurentian Bank, referring to new mortgage qualification guidelines.

“In Vancouver, the market takes a longer time to find a new equilibrium path due to the intended measures from the (British Columbia provincial) government to ease overheating pressures. So far, the plan is working well.”

Average Vancouver house prices are expected to rise 1.8 percent this year, less than half the predicted 5.5 percent in the previous forecast. The 2019 Vancouver forecast was chopped to just a 1.7 percent rise from 3.4 percent.

Asked to rate affordability of housing on a scale of one to 10, where 10 is extremely expensive, analysts put the national market at six, Toronto at eight and Vancouver at nine. That was unchanged from the June survey.

More respondents said the risk of a correction in the national market had decreased over the past three months than stayed the same, while those responses were equal for Toronto, with just one saying it had increased. The responses were more mixed for Vancouver, with fewer saying the risk had decreased.

As home appreciation will likely decelerate further, property construction is expected to stabilize later this year. Housings starts are forecast at an annualized rate of 210,000 units in the third quarter, slower than the previous forecast of 213,100 annualized units.

They are projected to slow further to 207,000 annualized units in the second quarter of next year and hold around that level into the end of 2019.