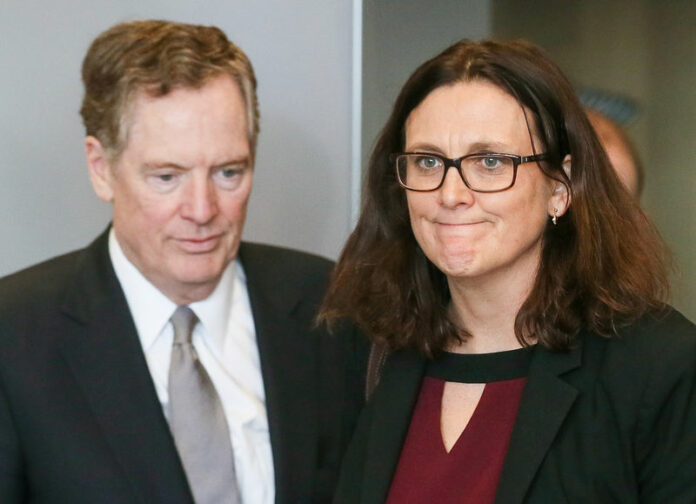 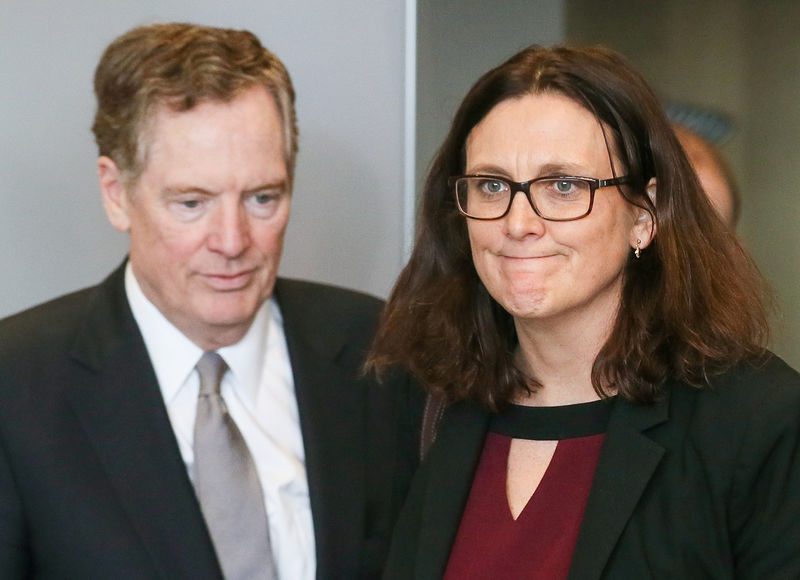 Malmstrom hosted United States Trade Representative Robert Lighthizer in Brussels on Monday. The two are set to meet again at the end of September.

Malmstrom, who is the European Trade Commissioner, described the meeting as a first opportunity to follow through on an agreement between Trump and European Commission President Jean-Claude Juncker two months ago.

Lighthizer’s office described the talks as constructive, adding that experts would meet in October to identify tariff and non-tariff barriers that could be cut, with the trade chiefs following that up in November to finalize certain results.

“Specifically, we hope for an early harvest in the area of technical barriers to trade,” the U.S. Trade Representative’s office statement said.

Trump agreed with Juncker in July to refrain from imposing tariffs on EU cars while the two sides launched discussions to remove tariffs on non-auto industrial products.

A working group, headed by the two trade chiefs, has also been charged with finding ways to cut tariffs, boost U.S. liquefied exports and to reform the World Trade Organization.

“We discussed how to move forward and identify priorities on both sides and how to achieve concrete results in the short to medium term,” Malmstrom wrote. “Lots of work remains this autumn, our services will be in close contact in the coming weeks.”

Malmstrom said last month that the easing of trade tensions between the two partners had not put to rest “profound disagreements” on trade policy.

She also said then that the EU would be willing to reduce its car tariffs to zero if the United States did the same.

Trump rejected the idea as “not good enough”, adding that EU consumers simply tended to buy European rather than American cars.