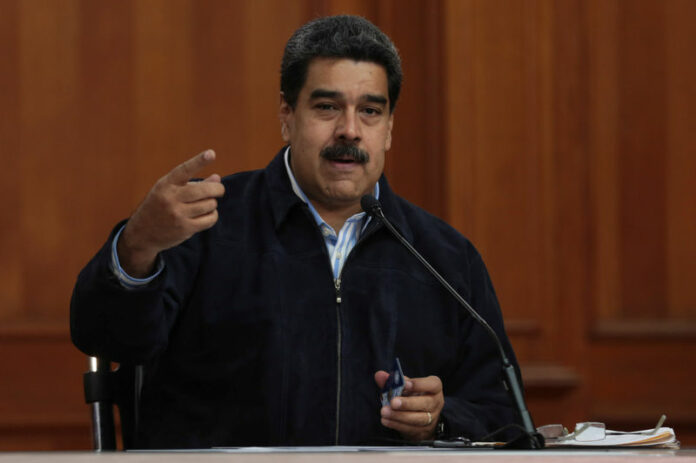 Exclusive: Venezuela signs oil deals similar to ones rolled back under Chavez – document 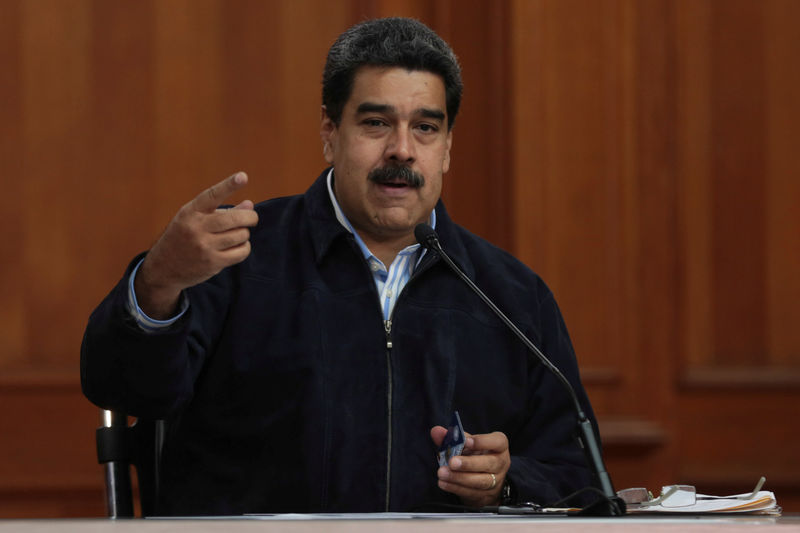 CARACAS (Reuters) – Venezuela has agreed to hand over at least seven oil fields to little-known companies that will be paid to boost output through contracts similar to ones rolled back under late socialist leader Hugo Chavez, according to two sources and an internal document.

The effort signals that President Nicolas Maduro, who is struggling under a hyper-inflationary economic meltdown and fast-declining oil output, is willing to reverse the aggressive efforts of his predecessor – who died in 2013 – to expand the state’s role in the energy industry of the OPEC nation.

But the plan faces significant hurdles because most companies involved have no known experience operating oilfields, and U.S. sanctions would likely inhibit more experienced firms from getting involved with Venezuela’s state-run PDVSA.

The government had already announced a vague plan to boost oil output with the help of seven companies.

The plan was described during a televised event on Aug. 28 in which representatives of those companies, during a ceremony including Maduro, signed “joint service agreements” with PDVSA. Details of the deals were not disclosed.

But in a draft contract seen by Reuters, PDVSA offers to put companies in charge of the fields for six years on the condition that they boost production, finance the required investment and procure the necessary equipment.

The draft was the basis for the contracts announced by Maduro, said two sources familiar with the situation who asked not to be identified because they are not allowed to speak publicly about the issue.

Reuters was not able to obtain finalized contracts. The companies involved have not yet announced final agreements with Venezuela.

Neither PDVSA nor the companies involved responded to a request for comment.

The president of PDVSA, Manuel Quevedo, said during the Aug. 28 event that the overall plan would involve $430 million in investment and a production increase of 641,000 barrels per day (bpd). The terms of the deals were not disclosed.

Quevedo said the plan included 14 companies but that only seven were present that night, without mentioning the names of the other companies.

The deals involve fields including two that were operated by Italy’s Eni (MI:) and France’s Total (PA:).

Most of them appear to be involved in oil services but have no evident experience operating fields, which tends to require significantly more capital, human resources and certifications.

The companies either did not respond to requests for comment or do not have sufficient publicly available contact information to make such a request.

The other two are Helios Petroleum Services, a Panamanian company that describes itself as petroleum marketer, and Shandong Kerui Holding Group, a Chinese oilfield equipment manufacturer.

The draft says companies would receive a fee in compensation for the value of additional barrels they produce, and be reimbursed for the investments they make. PDVSA would have a six-month grace period, starting at the time the contractor increases output, to begin making payments.

Payments would be made to the account of a trust created by the contractor, the draft says, helping ensure the contractor actually receives payment from PDVSA – which is billions of dollars behind in paying partners and providers.

The draft contract is similar to a group of 1990s-era contracts known as “operating agreements” under which PDVSA contracted out oil production to companies that were paid a fee for the crude they produced.

Chavez, elected in 1998, for years lambasted this arrangement as a bad deal for Venezuela on the grounds that it was a “disguised privatization” of the oil industry that did not leave enough revenue in the hands of the state.

Former oil czar Rafael Ramirez, who oversaw Chavez’s push to boost the state’s role in the oil industry, in a 2005 speech to Congress said the arrangements were illegal because they handed over oilfields to private companies in violation of the 1970s oil industry nationalization.

The legal status of the contracts signed in August was not immediately evident.

Venezuela in 2005 ordered that operating agreements be converted to joint ventures in which PDVSA held a majority.

Despite a 10-year oil boom that left PDVSA flush with cash, output at those fields steadily declined as the company diverted necessary investments into social programs that kept Chavez popular. The 2014 collapse of oil prices ushered in an economic crisis that left millions unable to eat, leaving oil engineers and oilfield workers alike rushing to leave the country.

Maduro says the country is victim of an “economic war” led by opposition politicians with the support of Washington, which has slapped several rounds of sanctions on his government.