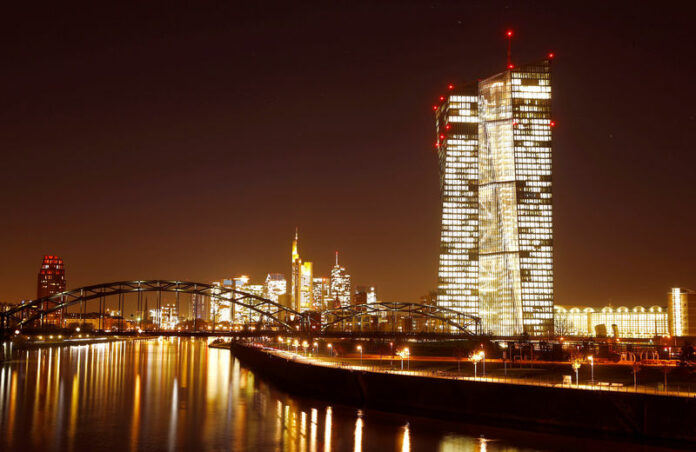 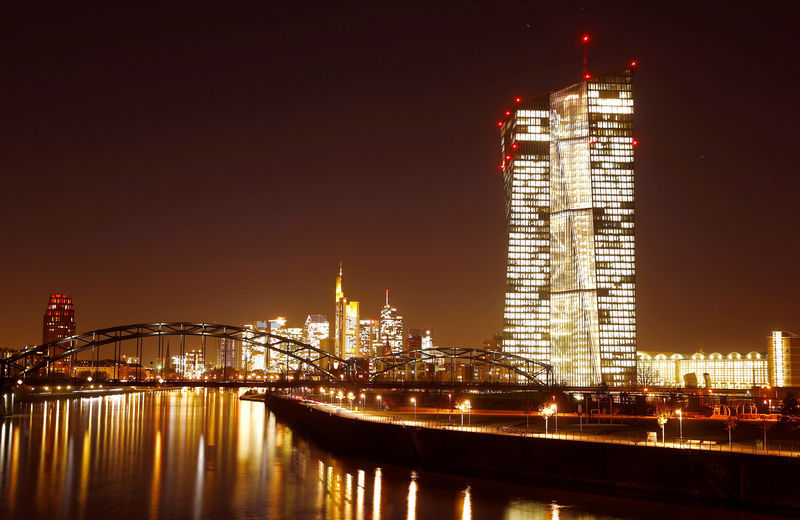 © Reuters. FILE PHOTO: The headquarters of the European Central Bank (ECB) are photographed in front of the skyline with its banking towers in Frankfurt

FRANKFURT (Reuters) – The euro zone’s biggest countries are getting ready to battle over appointments that will reshape the euro zone’s most powerful institution, the European Central Bank, over the next 15 months.

WHICH JOBS ARE COMING UP?

Appointments to the six-member ECB board are purely political.

The names of the next ECB president and the new heads of the European Commission and the European Council are all likely to be negotiated as part of a package.

The head of the ECB’s supervisory arm is selected by the ECB itself, but is still subject to political approval and thus maneuvering.

WHAT ARE THE UNWRITTEN RULES OF THE SELECTION PROCESS?

* ECB presidents are normally picked from among the 19 national bank governors who sit on the Governing Council along with the six board members, and should be top-flight economists.

* The three big countries — Germany, France and Italy — are all de facto entitled to a board seat, so the 16 other countries share the remaining three spots. Still, Italy could be off the board for more than a year as Draghi is unlikely to be replaced by an Italian. Since the next seat to fall vacant is held by France, it’s possible that Italy will have to wait until Yves Mersch’s term expires on Dec. 14, 2020.

* A nation should not have more than one board seat. So if, for example, a German is appointed ECB president, the other German on the board, Sabine Lautenschlaeger, will be expected to resign.

* The Netherlands, France and Italy have all had ECB presidents in the past and some argue that they should not get the job again until others have had the chance.

* Parliament has often complained about the dearth of women in top ECB jobs. Currently, only two of the 25 members of the Governing Council are women.

ISN’T IT GERMANY’S TURN THEN?

The Germans certainly think so. But Bundesbank President Jens Weidmann has antagonized many. He publicly opposed the ECB’s stimulus program, credited with reviving growth, and got into a public fight with Italy’s prime minister over fiscal discipline. Newspaper reports have recently suggested that Berlin will seek the EU Commission presidency rather than fight an uphill battle for Weidmann.

SO WHO ARE THE FAVORITES?

Weidmann is still in the running. Others often mentioned are Francois Villeroy de Galhau (France), Olli Rehn and Erkki Liikanen (both Finland), Klaas Knot (Netherlands) and Philip Lane (Ireland). Coeure (France) is also mentioned in the press but, as a sitting board member, he is not eligible for reappointment. Some have suggested that if he resigned before a nomination, he could regain eligibility, but such a move would be unprecedented and contrary to the spirit of the law, and other euro zone nations are unlikely to approve.

For the chief economist’s job, the race appears to be between Lane and Ardo Hansson of Estonia.

For the supervisory role, Sharon Donnery from Ireland appears to be the favorite. Donnery’s appointment could make it difficult for Lane to land a board seat since that would give Ireland two top jobs at the bank.