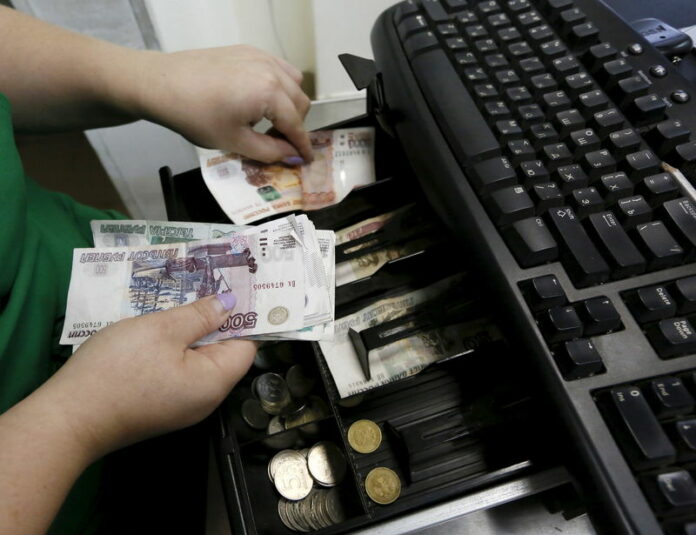 Ruble falls beyond 70 per dollar, central bank in focus 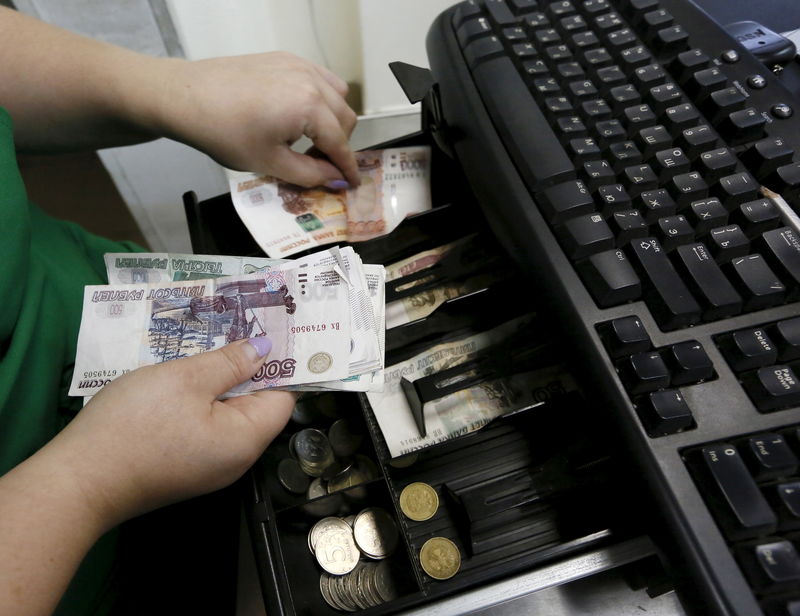 © Reuters. A vendor places Russian rouble banknotes at a grocery shop in Krasnoyarsk

MOSCOW (Reuters) – The Russian ruble weakened beyond 70 versus the dollar for the first time since March 2016 on Monday, remaining under pressure from concerns and uncertainty about U.S. sanctions.

The ruble hit 70.16 versus the greenback at the market opening, taking its year-to-date losses to 19 percent.

The weaker ruble, hit by new sanctions against Moscow and a sell-off in other emerging markets, is seen filtering into consumer prices and once again boosting inflation, which the central bank has just recently managed to rein in.

The central bank is set to meet on interest rates this Friday, and the bank’s Governor Elvira Nabiullina has said the two main options were to hold the key rate at 7.25 percent or even raise it.

But senior Russian officials kept on putting verbal pressure on the central bank, whose officials are currently not available for comment as the bank observes a week of silence.

Russia’s central bank is independent and Nabiullina is viewed by markets and investors as a stable hand on the tiller.

As of 0722 GMT, the ruble had pared some losses and was little changed on the day at 69.92 versus the dollar

The ruble’s fall, however, is likely to be limited by Russian export-focused companies that usually use attractively high levels of foreign currency to convert their dollar or euro revenues into rubles for their needs at home, such as to pay taxes due in the second half of the month.

Russian stocks firmed on the back of an increase in oil prices, Russia’s key export. Brent crude futures were up 0.94 percent at $77.57 per barrel ().