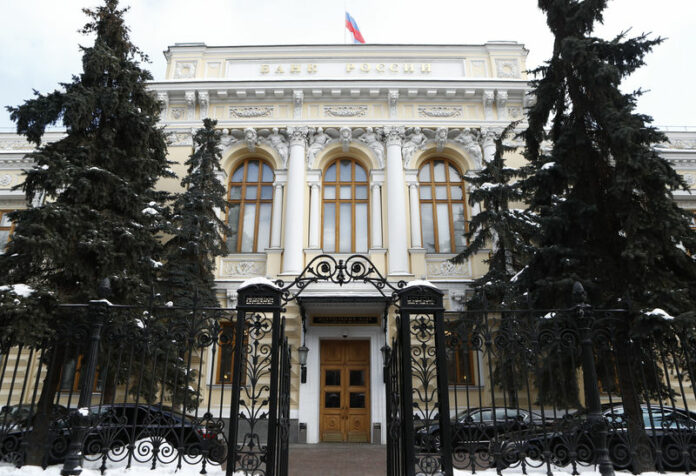 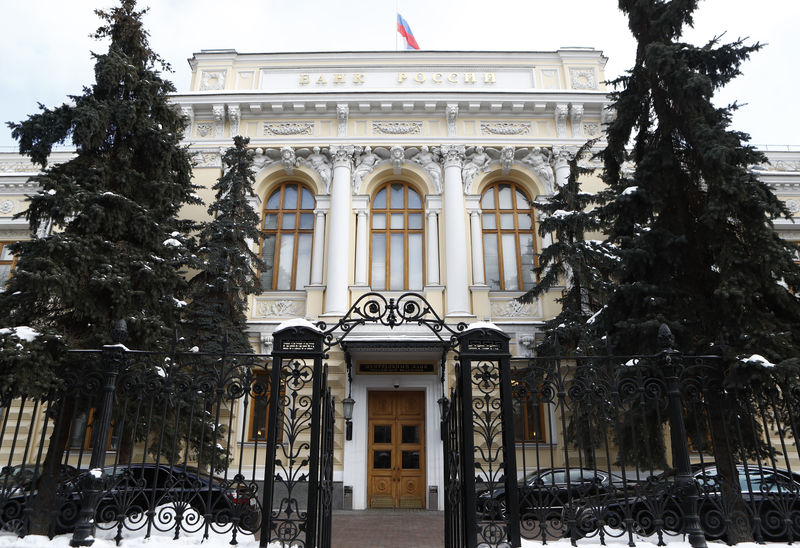 MOSCOW (Reuters) – The Russian central bank is seen holding the key rate at 7.25 percent on Friday but is widely expected to warn it could tighten monetary policy, given risks stemming from the recently crashed rouble, a Reuters poll showed on Monday.

The rouble has taken a hit from threats of new U.S. sanctions and a sell-off on other emerging market, posting a 20 percent drop year-to-date against the dollar and threatening the central bank’s plan to rein in inflation at around 4 percent.

Twenty three analysts and economists polled by Reuters said they expected the central bank to keep the key rate at 7.25 percent this week, while one expert said a rate increase to 7.50 percent or even higher looked possible

“We expect the rate to be held at 7.25 percent and the tone of the press-release to be hawkish,” Anna Zadornova, economist at UBS, said in an emailed comment.

“The risks of the imminent rate increase are already present,” Zadornova said, adding that on Friday the central bank could consider warning that it may raise rates at its next board meeting in October.

Central bank Governor Elvira Nabiullina has already said last week the were reasons for holding the rate or raising it as soon as this month.

Expectations of a rate cut have evaporated for now as the rouble weakness and the planned increase to value-added tax are seen filtering into consumer prices. This would threaten the central bank’s goal of keeping annual inflation at around 4 percent in the next few years.

Higher rates, in theory, should support the tanking rouble by making lending more expensive. This strategy worked well in late 2014 when the central bank stabilized the rouble by unexpectedly raising the key rate to 17 percent.

Even though the Kremlin has dismissed the rouble’s sharp drop as regular market volatility, players have braced for even greater turbulence and the weaker rouble, given concerns and uncertainty about the U.S. sanctions against Moscow.

Versus the dollar, the rouble has already slipped beyond 70

“There situation is close to panic and increasingly resembles the year of 2014,” said Kirill Tremasov, former head of the economy ministry’s macroeconomic forecasting department and now head of research at Loko-Invest, the respondent who predicted the rate hike.

The central bank is set to reveal its rate decision at 1030 GMT on Friday, before Nabiullina sheds more light on the bank’s actions and plans at a televised press briefing.