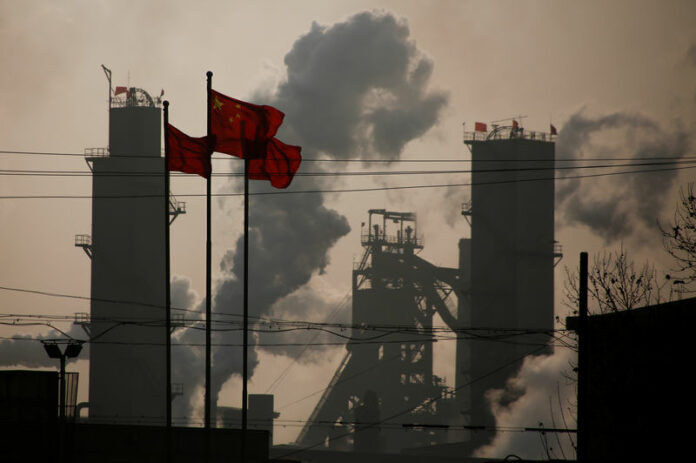 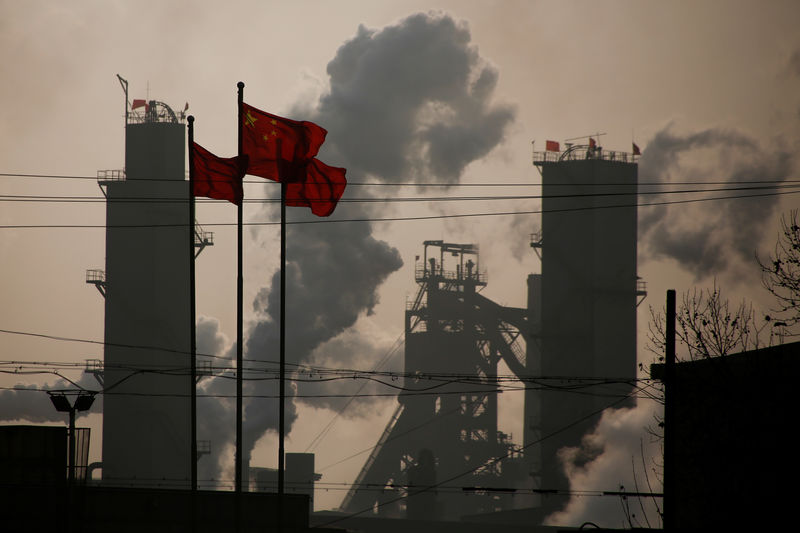 © Reuters. Chinese national flags are flying near a steel factory in Wu’an

By Muyu Xu and Josephine Mason

BEIJING (Reuters) – China is considering allowing its northern provinces to decide individual output cuts by heavy industry to rein in emissions during the winter, ditching an earlier plan for blanket cuts, a source said.

Talk of the move drove down prices of steel and steel-making raw materials and comes as Beijing looks to end its “one-size-fits-all” fight on pollution, devising more nuanced policies reflecting local conditions to limit economic disruption.

“Production cuts on heavy industry will remain this winter, but detailed cutting rates will be set by local authorities based on their own situation,” said the source, who is involved with the plan.

It is not clear when the ministry of ecology and environment (MEE), will announce a formal decision, added the source, who declined to be identified as the plan has not been made public.

The ministry did not respond to a request for comment.

If adopted, the move would be another sign of Beijing finetuning policy in its years-long fight against smog.

It would ease sweeping proposals in the ministry’s draft plan, reported by Reuters last month, for cuts of 50 percent in steel production and 30 percent in primary aluminum in some areas.

The potential for more flexible output cuts pushed down prices of steel and steelmaking raw materials on Tuesday.

Last winter, a plan to switch millions of households and thousands of businesses in north China to from coal backfired as severe gas shortages crippled the region.