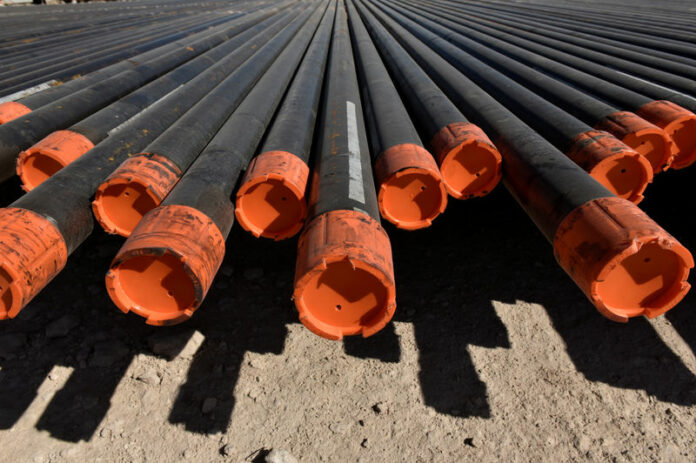 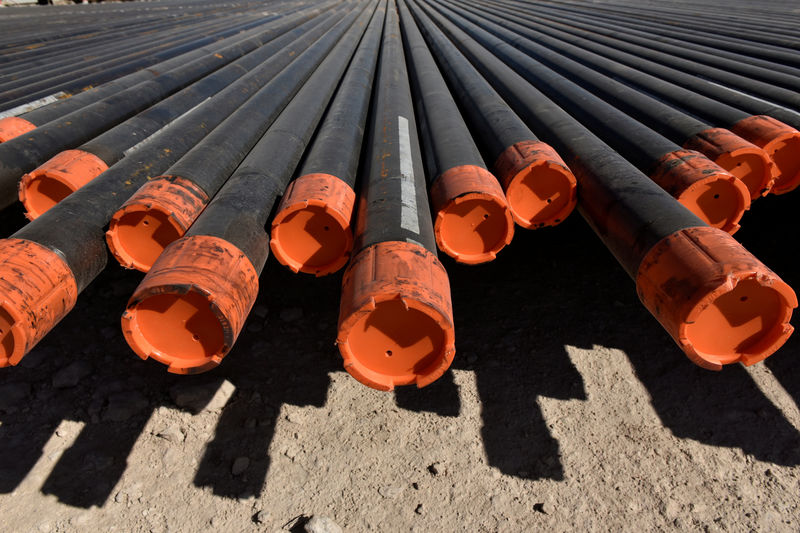 © Reuters. FILE PHOTO: Drill pipe is seen on a drilling site in the Permian Basin oil and natural gas production area near Wink

(Reuters) – The Trump administration on Tuesday proposed weakening requirements for testing and repairing methane leaks in drilling operations, among other measures, in a step toward rolling back an Obama-era policy to combat climate change.

The Environmental Protection Agency (EPA) said the changes will save the industry $75 million a year in regulatory costs between 2019 and 2025, while increasing methane emissions.

Methane, the primary component of , leaks from oil and gas wells during drilling. It accounts for 10 percent of U.S. greenhouse gas emissions and has more than 80 times the heat-trapping potential of carbon dioxide in the first 20 years after it escapes into the atmosphere.

The oil and gas sector is the largest single source of U.S. methane emissions, according to EPA data.

The proposal is the latest move by the Trump administration to roll back environmental rules put in place by former President Barack Obama.

Last month, the administration proposed rolling back tougher fuel efficiency standards for vehicles and moved to replace a policy to limit emissions from power plants with one that would allow states to write their own standards.

“It’s unfortunate that the Trump Administration is once again ignoring facts and common sense only to put the interests of the nation’s worst-run oil and gas companies ahead of the health and welfare of all Americans,” Matt Watson, associate vice president, energy, for the Environmental Defense Fund, said in a statement.

The proposal is subject to public comments for 60 days, including a public hearing to be held in Denver, EPA said.