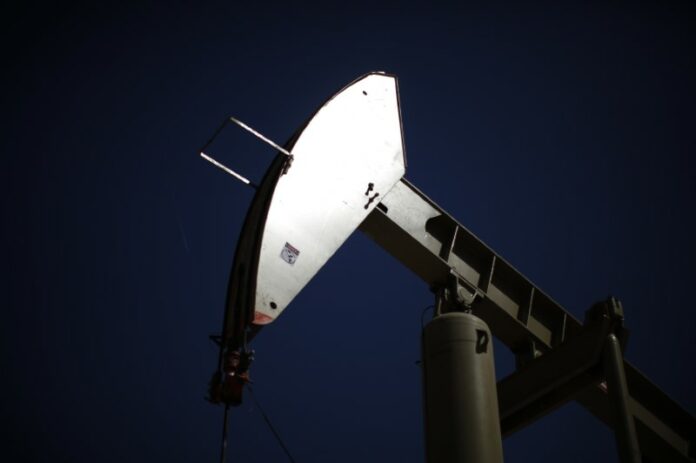 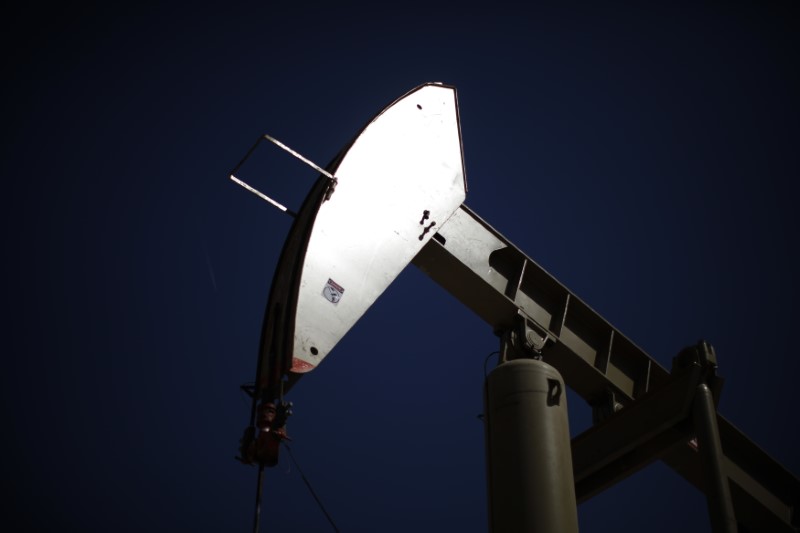 © Reuters. A pumpjack brings oil to the surface in the Monterey Shale

By Henning Gloystein and Collin Eaton

SINGAPORE/HOUSTON (Reuters) – U.S. oil exports to Japan and South Korea will rise to record highs this month as Asian refiners take advantage of the steep discounts American sellers are offering after losing Chinese customers amid the trade dispute between Washington and Beijing.

Two traders and a brokerage source said South Korean and Japanese refiners have been taking advantage of steep discounts of up to $10 per barrel between the U.S. crude benchmark West Texas Intermediate (WTI) () that American producers base their crude sales on and the international Brent crude () benchmark.

“They (South Koreans and Japanese refiners) need to find replacements for their drop in Iran imports and a fair amount of that is coming from the States. The steep discount of WTI to Brent is hard to resist,” said a Singapore-based ship broker.

The sources declined to be named as they were not allowed to talk about commercial operations in public.

“Our U.S. crude oil purchase is purely because of its price advantage,” said Kim Woo-kyung, a spokeswoman at SK Innovation (KS:), the owner of South Korea’s top refiner SK Energy.

He would not comment on commercial operations beyond saying “we will determine optimum crude in our own procurement plan.”

Japan and South Korea were among the first major Iranian clients to bow to U.S. pressure and cut orders from Iran, the third-largest producer among the Organization of the Petroleum Exporting Countries, with South Korea importing its last cargoes in July, the trade data showed.

India, typically the second-biggest buyer of Iranian oil after China, has also dialed back Iranian orders while importing more from the United States, the data showed.

With Middle East crude markets tightening because of the start of U.S. sanctions against Iran in November, many Asian refiners have been seeking to make up the shortfall with American supply.

Greg McKenna, chief market strategist at futures brokerage AxiTrader said there has been “a divergence between Brent and WTI.”

U.S. prices, including benchmark WTI, are under pressure amid rising production and a decline in Chinese buying interest because of the trade dispute which is forcing U.S. sellers to find new buyers for their crude.

Meanwhile, the Brent benchmark is supported by several supply disruptions including the Iranian sanctions, tumbling exports from Venezuela, and lingering concerns about Libyan production amid clashes between internal groups.

“There are still plenty of battles and other influences to disrupt Brent supply which has kept traders interested,” McKenna said, referring to concerns about supplies that tend to be priced off Brent, including from Libya, West Africa and the Middle East.

Whether this price divergence will last is not clear.

There are signs that Saudi Arabia and Russia will increase output to take up Iranian market share, which should ease Brent prices.

Meanwhile, U.S. prices could rise because the surge in demand may exacerbate logistical bottlenecks since the current domestic pipeline, port and storage infrastructure is not geared to handle exports on this scale.

This congestion is already causing offers to rise for U.S. supply for loading towards the end of the year, although no fixed deals have been reported, said a third trader in Singapore.