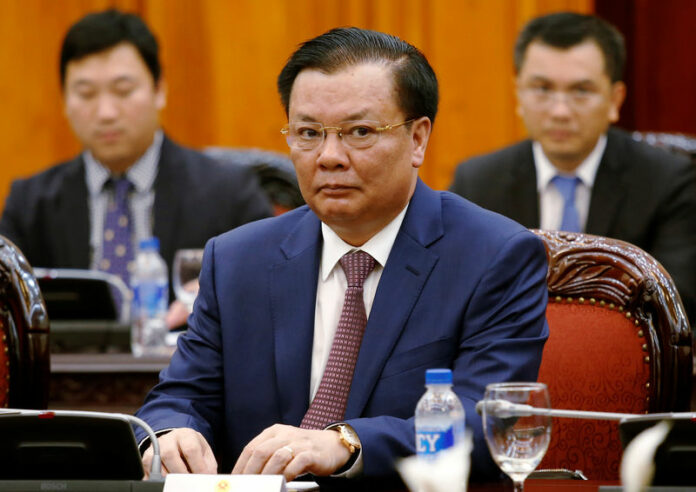 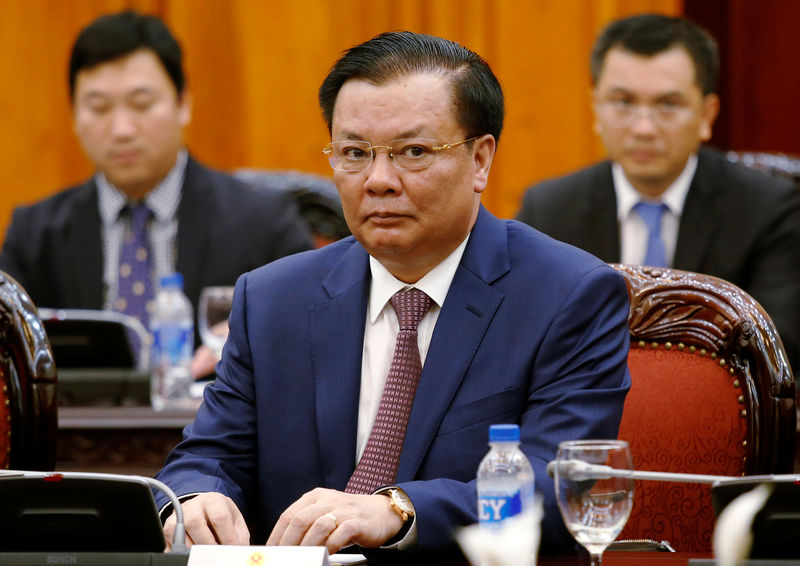 © Reuters. Vietnam’s Finance Minister Dinh Tien Dung is seen during a meeting at the Government Office in Hanoi

HANOI (Reuters) – Vietnam should be more flexible in handling its exchange rate, and is on track to cut its public debt to about 60 percent of gross domestic product by 2020, its finance minister said in an interview on Wednesday.

The dong currency has weakened 2.5 percent this year, which traders say stems from the U.S-China trade war, and remains near a record low against the U.S. dollar hit last month.

Vietnam’s central bank has been building up U.S. dollar reserves to shore up the dong, which experts have advised should be allowed to depreciate more and better reflect market conditions.

“If the dong loses value and we still prop it up, it’s not beneficial in the long term,” Dinh Tien Dung told Reuters on the sidelines of the World Economic Forum on ASEAN in Hanoi.

“It will limit exports and domestic manufacturing, especially since the Vietnamese economy is a trade economy. It needs to be more flexible to support development and growth.”

It was right for Vietnam to pursue macroeconomic stability, Dung said, but also called for more flexibility in controlling inflation, now limited by a four percent ceiling for 2018.

“The ceiling for inflation should be flexible, depending on market movements both internationally and domestically,” Dung said.

“The 4-percent inflation target should be indicative only and (we) should not be stiff about it … We are discussing a more flexible approach to controlling inflation.”

Vietnam also sets a centrally-mandated target that limits its public debt to 65 percent of GDP. That figure had risen to as much as 64 percent between 2011 and 2015.

But Dung said Vietnam’s public debt was projected to fall to 60 percent of GDP by 2020, from an expected 61.3 percent this year, citing strong economic growth and debt reform.

“Public debt at the moment is better, safer and is under less pressure,” Dung added.

“The rate by which debt was increasing has slowed by almost half and the overall level of debt has decreased, but, most importantly, the quality of public debt has improved tremendously.”