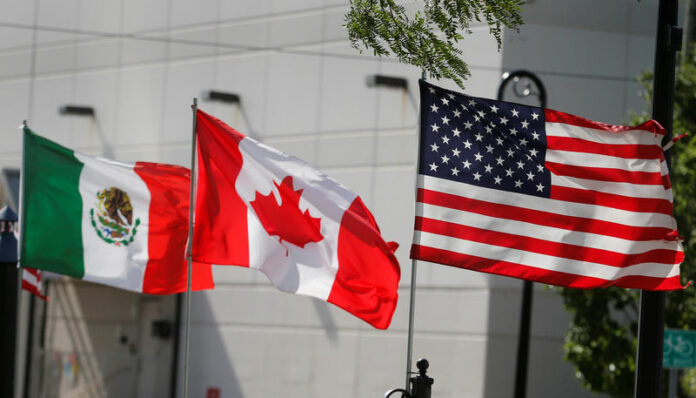 Mexico must be ready for bilateral U.S. trade deal: minister 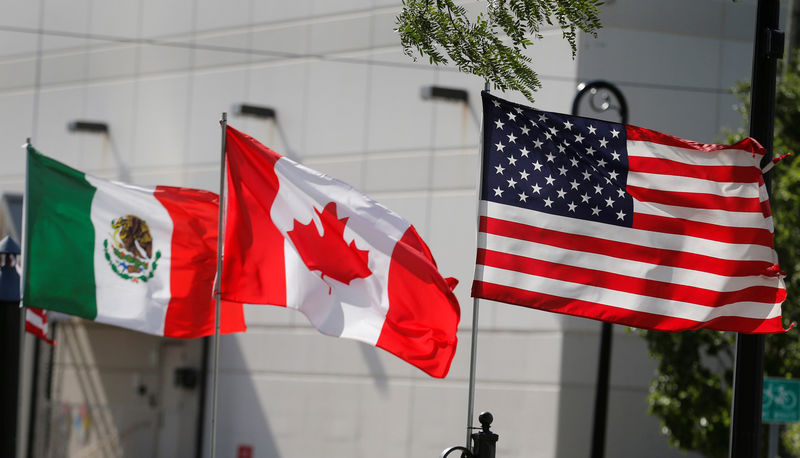 © Reuters. FILE PHOTO: Flags of the U.S., Canada and Mexico fly next to each other in Detroit, Michigan

MEXICO CITY (Reuters) – Mexico expects U.S.-Canada talks on trade to yield an agreement, but Mexico must be ready to pursue a bilateral trade deal with the United States if Ottawa and Washington do not come to terms, Mexican Economy Minister Ildefonso Guajardo said on Wednesday.

Mexico and the United States announced on Aug. 27 they had reached an agreement following months of grinding talks to renegotiate the North American Free Trade Agreement (NAFTA).

Guajardo told reporters in Mexico City that Mexico remained very interested in Canada joining the agreement to make it trilateral, which he said would be a “great asset”.

“Now, if at the end we see that the scenario – which we don’t expect, but can’t be ruled out – is that there is not an agreement, Mexico has to take the next step … a bilateral accord, if it’s necessary,” the minister said.

Canadian and U.S. officials have been meeting this week in Washington in search of a breakthrough on trade.

On Tuesday, Canadian sources with direct knowledge of Ottawa’s negotiating strategy said Canada is ready to offer the United States limited access to the Canadian dairy market as a concession in the negotiations to rework NAFTA.