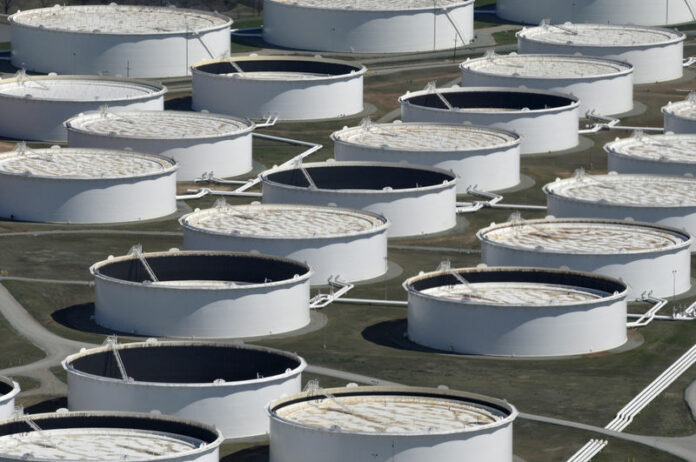 © Reuters. FILE PHOTO: Crude oil storage tanks are seen from above at the Cushing oil hub in Cushing

Official weekly government data will be published by the U.S. Energy Information Administration (EIA) on Wednesday.

Outside the United States, traders have been focusing on the impact of U.S. sanctions against Iran that will target oil exports from November.

Washington has put pressure on other governments to also cut imports, and many countries and companies are already falling in line and reducing purchases, triggering expectations of a tighter market.

Russian energy minister Alexander Novak on Wednesday warned of the impact of U.S. sanctions against Iran.

“This is huge uncertainty on the market – how the countries, which buy almost 2 million barrels per day of Iranian oil will act. The situation should be closely watched, the right decisions should be taken,” he said.

“It is related to the fact that not all the countries have managed to restore their market and production,” he said, referring to outages and falling production in Mexico and Venezuela.

Should markets overheat and prices spike, however, Novak said Russia could boost its output.

The storm is expected to make landfall on the U.S. East Coast on Friday, and has caused fuel shortages as millions of households and businesses have evacuated.